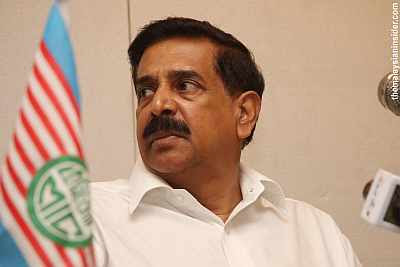 ATTACK.....Palanivel noted that Ambiga was being singled out for the attacks against Bersih.

KUALA LUMPUR : The MIC spoke up today in defence of Datuk Ambiga Sreenevasan following an Umno lawmaker’s call for her to be hanged for treason, warning Barisan Nasional (BN) that such remarks would risk the pact’s Indian support if left unchecked.

Palanivel also questioned why Ambiga has been made a “scapegoat” and appeared to be the only target of criticisms over the organising of the Bersih rally for free and fair elections.

“Why didn’t these people demonstrate or put up burger stalls in front (the houses) of other Bersih leaders?” he asked, referring to a recent protest by anti-Bersih proponents outside Ambiga’s house.

“The prime minister and other BN leaders should put a stop to this matter. Such remarks will affect Indian voters who are turning towards BN now,” he added.

Mohamad had last night called for Ambiga to be hanged for the “treasonous” act of organising the April 28 Bersih rally for free and fair elections, which the ruling Barisan Nasional (BN) has claimed was an attempt to topple the Najib administration.

The Sri Gading MP had compared the Bersih chief to leaders of the Al-Ma’unah militants who tried to overthrow the government in2000 and were eventually sentenced to death by hanging for “waging war against the King,” the first people to be convicted of the offence.

“Shouldn’t we also hang Ambiga for treason towards the Agong? Traitors should be punished as harshly as possible,” the four-term federal lawmaker told Parliament when debating the supplementary supply bill.