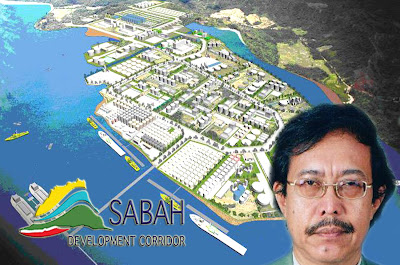 “In this timeline, we anticipate tourism to surpass a 10 per cent share of gross domestic product (GDP), the creation of critical small-and-medium enterprises (SMEs) serving downstream manufacturing companies, and to have   agri-businesses that participate in high value agriculture,” he said here yesterday.

He said the SDC managed to secure a record RM30.6 billion in investments during the first phase (2008-2010), whereby RM11.95 billion was realised, surpassing the target of RM11.3 billion.

“New business and investment opportunities have also been generated arising from the implementation of the various SDC projects.

“Sabah has been receiving enquiries and visitors from foreign investors and embassy officials regarding investment opportunities in SDC.

He said the implementation of SDC projects, as well as, new investment opportunities have created new business and employment opportunities for professionals, skilled, semi skilled and unskilled construction workers.

Dr Yaakub said the third phase (2016-2025) of the SDC would see Sabah emerging as one of the leading economic regions, particularly, in resource-based industries.

“With this in mind, we envision Kota Kinabalu to become one of the most liveable cities in Asia, an emerging metropolis which draws talent, capital and companies.

“The SDC is not only about economic prosperity…we aspire to have people living together in harmony regardless of race, language or religion,” he added. (Bernama)