NO INDICATIONS JEFFREY IS A GAME-CHANGER 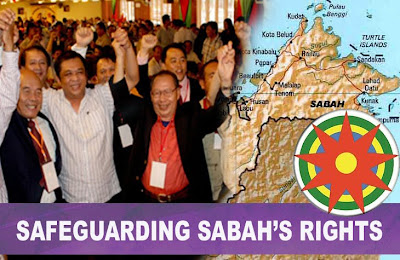 STATE REFORM PARTY (Star) Chairman, Jeffrey Kitingan is once again in the news for the wrong reasons. He has stirred a hornet’s nest in Sabah by claiming that all politicians in Sabah, including his brother Joseph Pairin Kitingan, are frogs.

He thinks that this will explain him being discredited time and again by Sabahans as the King of Frogs. Jeffrey has, by most counts, moved through as many as six political parties but all this is water under the bridge and for the most part irrelevant.

His considered opinion is that other politicians continued their political frogging until they secured a comfort zone for themselves, albeit “at the expense of the people”.

In his case, according to him, he continued frogging until he could find a political vehicle which could accept his “struggle for the people”.

Of course, there’s the little matter of him not finding any political vehicle for his struggle until he set up Star. This begs the question of why he didn’t make such a move earlier.

Jeffrey’s comments on other political frogs have been dismissed by them as completely untrue. They claim to be struggling for the people too – by “bringing development to them” – instead of focusing on whatever Jeffrey is preaching all the time.

So far, it has all been needless indulgence in the politics of distraction and disruption from the real issues of the day. No doubt politicians in Sabah love the sound of their own voices.

The Star chairman obviously feels that “man does not live by bread alone”.

“What does it profit a man if he gains the whole world but suffers the loss of his own soul?” asks Star deputy chairman Daniel John Jambun rhetorically. “This is the thrust of our struggle.”

Daniel may have a point about struggling for the soul of Sabah — i.e. to save it and obviously from the clutches of Peninsular Malaysia and their local proxies and their stooges — but that’s about as far as it goes.

His boss seems to be squatting so far on the so-called struggle for the people.

He has blown hot and cold on Daniel John and Co internationalizing the struggle for Borneo in Malaysia.

Therein lies an emerging split in Star which will either see Jeffrey being ousted from his own party or many Supreme Council members leaving for the Parti Cinta Sabah (PCS) which has been approved in principle in recent weeks. The party is awaiting its registration certificate. PCS plans to join the Star-initiated, formed and led United Borneo Alliance (UBA).

The proof of the pudding is in the eating.

Jeffrey has confined himself thus far in his ceramah to explaining the history of Sabah before and in Malaysia. No one can fault him here since not many people, especially the younger generation, are conversant with the historical facts.

But the movement for Sabah does not seem to be moving from rhetoric to action.

To digress a little, the younger generation doesn’t seem to be too bothered by Sabah’s history in Malaysia.

Instead, they have cut the Gordian knot and are asking why Sabah should be in Malaysia at all.

Their logic is simple: Peninsular Malaysia is so far away, we can’t even breathe without their permission, and “why are we in Federation with them especially since we can be on our own?”

Others ask: “How did we get into this situation and how do we get out?”

Jeffrey has no answers and it would be foolhardy for anyone, judging from his politics since 1984, to look to him.

True, he did lead a rowdy Star crowd to greet Prime Minister Mohd Najib Abdul Razak on his recent visit to Keningau where he (Najib) announced a quarter billion ringgit loan to Sabah for a water treatment plant.

They had placards reading “Sabah’s independence” and castigating Putrajaya for behaving like an Ah Long (loan shark) with Sabah after seizing almost all its revenue for itself.

This is the first time that Jeffrey has been associated with “Sabah’s independence”. No one is sure what it means. So, the excitement was lacking.

It would have been different had Jeffrey stated in no uncertain terms that Malaysia has ceased to exist following the Federal Government’s non-compliance on the five constitutional documents and/or constitutional conventions on Malaysia i.e. the 1963 Malaysia Agreement (MA63), the Three-Point Oath Stone (Batu Sumpah) witnessed and solemnized by the Federal Government in Keningau, the 20/18 Points, the Inter Governmental Committee Report and the Cobbold Commission Report.

Jeffrey lost a golden opportunity in Keningau to say what he meant and mean what he said.

In any case, he appears to be no messiah for his flock.

The thrust of his complaints thus far has been that the Federal Government has been in non-compliance on MA63. He wants Putrajaya to set up a compliance mechanism.

This is unlikely to happen as MA63 has ceased to exist by virtue of non-compliance but Jeffrey refuses to accept this and continues to flog the proverbial dead horse on a compliance mechanism.

Not surprising he has been accused by no less than former Sabah Chief Minister Harris Salleh of seriously misleading the people with his propaganda barrage on a compliance mechanism. Harris claims that MA63 – and the four other constitutional documents and/or constitutional conventions – “has been overtaken by events”. This is euphemism for non-compliance. However, Harris dreads and avoids the term non-compliance.

Jeffrey’s politics also glosses over the fact that Sabahans are by no means united on being out of Malaysia or even in Malaysia.

Putrajaya has done a very successful job since 1963 of pitting the people in the state against each other, introducing polarisation a la Peninsular Malaysia, and ensuring proxy control of the politics of the state.

The political situation has been further compounded by the influx of illegal immigrants who have over the years allegedly found their way into the electoral rolls.

These illegals see Putrajaya and Malaysia as the best guarantee of their continued existence in Sabah.

Local Muslims see the illegals as being in the state particularly at their expense, further marginalizing and disenfranchising them as the opportunities that should go to them dwindle even further.

Jeffrey is yet to bridge the non-Muslim-local Muslim disconnect created by Putrajaya over nearly five decades. So far, only some of the Dusuns including Muslims and Muruts are with him. The same goes for the Suluks, Brunei Muslims and Chinese. He has hardly any support among the Bajau and Irranun.

The Chinese appear caught between the Orang Asal (Natives) – the Murut and the Dusuns including the Kadazan or urban Dusun – the local Muslims and the illegals.

Jeffrey will be no game-changer unless he can get his act together and help forge total unity among Sabahans i.e. Orang Asal and the others alike to take on the illegals allegedly on the electoral rolls.

Getting his act together would first mean setting his own house in order.

There are growing complaints that Star is a one-man show with little evidence of democracy in action, unrepresentative, and no empowerment of the leadership and members.

Jeffrey’s aides seem to be more powerful than even the party’s three deputy chairmen. The aides have since prevailed on their boss to issue a gag order on anyone other than Jeffrey issuing press statements. These statements are invariably written by the aides.

The party has also yet to reveal its vision, mission, objectives, goals and activities although there’s a draft prepared by several Supreme Council members. The draft has reportedly been dismissed by Jeffrey’s aides as “spin and bullshit”.

The oft-cited party Manifesto, again provided by several Supreme Council members in draft form, has been allowed to gather dust on the shelf by Jeffrey’s aides on the grounds that it was not written by their boss, “it was just spin and bullshit”, and that “Star (meaning Jeffrey’s aides) has its own way of doing things”.

It appears to be clear to many that if the two respective drafts can be “rejected”, then Jeffrey is clearly no game-changer and can be discounted from the emerging political equation in Sabah and Malaysia.
Posted by sabahkini.net at 09:27