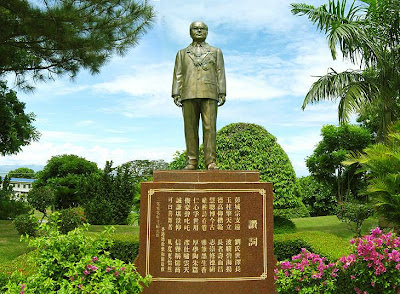 PUTRAJAYA: A portfolio manager claiming to be the biological son of late Sabah tycoon Tan Sri Lau Gek Poh has won his appeal to get the case for his will to be heard at the High Court.

Lau Siang Kok, 39, who works at a private equity firm in Singapore, was allowed by the Court of Appeal here to have his civil suit reinstated at the Kuala Lumpur High Court.

His lawyer Goh Siu Lin said a panel of three judges had ruled in Lau’s favour for the suit to be remitted back to the Kuala Lumpur High Court and heard before a new judge.

Goh said the panel had also unanimously awarded RM10,000 to her client in costs.

In his oral decision, Justice Low Hop Bing, who chaired the panel, said it found that the facts were “not free from controversies”.

“The plaintiff’s (Lau) originating summons is not obviously unsustainable.

“His claim that the deceased was his natural father and that he, the natural son, is the question to be determined.

“This question is not unarguable and we allow the appeal,” he said.

In his suit filed on July 31, 2009, Lau claimed to be the biological son of the tycoon with Singaporean Lum Sook Chan @ Lam Sook Chan.

Naming Tan Sri Lau Chon Kun @ Lau Yu Chak, the executor of the estate, as the sole defendant, Lau said he had been introduced to him as a natural son by the tycoon in Hong Kong on Jan 14, 1997.

He claimed that after the tycoon passed away, he had made repeated requests to be furnished with the will but was ignored.

Lau filed the appeal after the High Court in 2010 allowed an application by the defendant to strike out the suit on grounds that among others he had seen the will and knew that he was not a beneficiary.

High Court judge Zabariah Mohd Yusof had said then that even if Lau could prove that he was the natural son of the tycoon (which he failed in his case), he would not be a “legitimate child” entitling him to any benefit under the man’s estate as there was no valid marriage between the deceased and Lau’s mother.

She said there was no legal basis for Lau to compel the defendant to produce the will.

The tycoon, reputed to have assets worth over HK$6bil (RM2.5bil) in Hong Kong alone and others in five countries, was the founder of Malaysian-listed Hap Seng with businesses ranging from car trading to property development and plantations.
Posted by sabahkini.net at 13:55