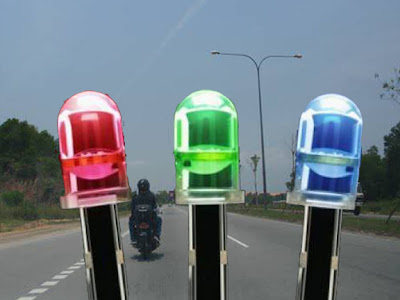 THE ISSUE of bad lighting on all the Federal Highway in Sabah was brought up in Parliament recently by the Sabah DAP Kota Kinabalu Member of Parliament Hiew King Cheu. It is a known fact that many federal roads in Sabah are not having enough lights to shine the roads at night, even in the danger spots.

This is especially so on the federal roads from KK to Tuaran, Beaufort, Tenom, Penampang, Kota Belud, and those in Tawau, Sandakan, Lahad Datu, and Kudat. This is for the safety of the road users.

The reply stated that the Ministry of Works is always committed to ensure the safety of road users in the country and to reduce the accidents occurrence due to engineering defects on highway. It is essential to improve the facilities including the lightings.

Therefore, the lighting at the strategic points and the high risk places like the road junctions, schools, and busy areas where there are many people on the federal highways.

To fix road lights throughout the length of the highways in Sabah will involve heavy cost, and because of this, the Ministry is looking at the cost effectiveness before installing the lights. The government wants the "best value for money" on all the allocation made.

The Ministry is now working on a plan to locate all the "black spot" on the federal roads in the country. This program has identified 60 locations which is including 5 from Sabah. The program also involves in the improvement of the schools on their road shoulders, pedestrian crossings, and other facilities including lights. The cost for each case is around RM 100,000 to RM500,000, and will take less than 6 months to complete.

MP Hiew said that the Ministry of Works is not solving the problem faced by the Sabah road users because we have been faced with the lack of lightings on our federal roads since the roads were built. In many cases fatal accidents and live lost had occurred due to poor lights on the roads. This type of road accident is in the newspapers almost every day, and the poor lighting is also a main contributor to the occurrence of road accidents.

The 5 black spot identified by the Program Cari Cari by the Ministry seems too little and did not cover the whole area. The road from Kota Belud to Kudat, we can easily point out at least 20 black spot to them. The question is that they can't even get the road to be constructed properly, and surely there won't be any road lights to be fitted there.

The cost factor should not come into consideration especially for Sabah because this is compulsory for Sabah to have the lighting fixed without delay. If we look at the Semananjong highways where they have lights every 100 feet but compared with ours in Sabah, we have no lightings all the way. Why Sabah does not have that, and are we 3rd class citizens who do not deserve such lightings to safeguard our life.

This is not acceptable and Sabahan demands to have lights on all our federal highways without further delays. From the answer given by the Minister, he definitely has side-lined the Sabahan, and ignored their wellbeing.
Posted by sabahkini.net at 08:26