10 PEOPLE WERE SHOT DEAD WHILE 13 INJURED 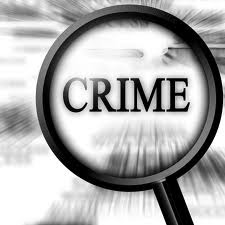 
IN response to recent shooting incidents happened in Peninsular Malaysia and in Kota Kinabalu, Sabah last night which caused a 44-year-old Chinese businessman from Sarawak shot dead, Member Parliament of Sandakan, Stephen Wong Tien Fatt (Picture) today made his statement to reflect the people's concerned and also urge the police to evaluate the enforcement measures in an appropriate context, in particular, to fight crime and prevent further deterioration.


MP Stephen Wong said that the recent severe shooting incidents that happened, not only caused the public to be panic, but also aroused the concern of foreign countries. According to the latest national statistics, there are 23 shooting incidents happened in July 2013 and 10 people were shot dead while another 13 were injured. For the month of July, there is an average of every three days a people was shot, this situation is horrible.

He further said that the shooting incidents happened in the past one week which had already aroused to 8 cases and this had not include the stabbing case happened in Sandakan of which the victim was found dead two days ago.

MP Stephen Wong pointed out that the situation of national security has become worsen and the police seem unable to control and ensure the national security effectively. In his opinion, the police need to do adjustment on their working system by deploying majority of manpower to fight crime, in order to prevent the situation continues to deteriorate.


He said that, according to reports from Parliament, we have 112,583 police personnel nationwide while our population is 28,000,000, which mean in an average of one police force to look after 250 people. This figure is in line with the international standard of police to the public, but the allocation of police forces in different departments required adjustments. We have 112,583 police personnel nationwide, only 15,887 (14%) are allocated to fight upfront crime, while others are placed into administrative and others.


He said that after excluding police forces that placed into others from the existing 112,583, there are more than 7,600 belong to the Special Branch, in fact, does the Special Branch need that much of manpower is worth for review. Instead of having more than 7,600 police personnel to monitoring domestic political activities, why not assigned them to fight crime? I would find this to be more appropriate on manpower management.

MP Stephen Wong said that, according to reports from Parliament, since 2007 to 2012, the government's budget allocated to police funding in these six years being increased 65.17%, why do the funding increases so much, yet the security has become worsen and seem continue to deteriorate?


He said that, in this case shows that the police should evaluate again whether their existing working system is effective and not just blame the repeal or revocation of emergency decree caused the situation.