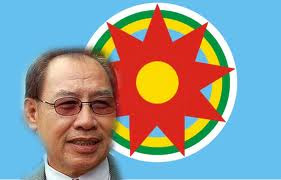 “The insecurity felt by Malaysians in Sabah is the greatest failure of the Federation of Malaysia and the reality is now turning into a nightmare even for lawmakers from the Barisan Nasional”, said Datuk Dr. Jeffrey Kitingan, STAR Sabah Chief, in response to the statement by YB. Datuk Seri Bung Mokhtar that he fears for his life to the extent he fears that he will be shot dead the moment he step out of Parliament House.”

The recent daily killings and violent crimeswere not confined to the Peninsular but has also spread to Sabah and with the rising crime rate, Malaysians are now living in fear.

Security was the key factor why Sabah was pushed into agreeing to form Malaysia in 1963 with the alleged twin threats from the Philippines and Indonesia and that Malaysia when formed would take care of Sabah’s security.

The recent spate of shootings and violence in the Peninsular has proven beyond any reasonable doubt that the federal agencies responsible for policing and security cannot even handle daily security in the Peninsular.

The problem is further compounded with the majority of police personnel being roped in to undertake special branch duties and for political purposes to monitor, spy on and harassing the opposition and man-handle the ordinary people in the street instead of crime prevention and criminal investigations.

The security or rather insecurity problem is doubled in Sabah when the situation has now reached boiling point after decades of supporting, training and arming the Muslim rebellion in the Philippines by the Federal government with the rebellion now back to Sabah’s shores.  The situation is tripled with the wanton issuance of dubious identity cards with voting rights given to illegal immigrants through the ‘Project IC Mahathir/Ops Durian Buruk’ to change the demography of Sabah and to maintain the Umno/BN regime in power, both in Sabah and at the federal level.

One wonders how the Federal government can provide adequate security to Sabahans with the twin threats of insurgency and illegal immigrants given ICs when they cannot even provide basic policing and internal security in the Peninsular without the twin threats.

The time has come for the Sabah government to stop the denial syndrome and be pro-active to ensure the security of Malaysians in Sabah and to allay their rising fears of insecurity.   The time is now ripe for Sabahans and the Sabah government, after 50 years of continuous failure in Malaysia, to take control of their own sovereignty, autonomy and complement security in Sabah.

STAR Sabah reiterates its earlier call for the establishment of the Sabah Homeland Security, Immigration and Registration Commission as a precursor to the establishment of its Ministry, before the security situation deteriorate further and before it’s too late.
Posted by sabahkini.net at 00:07