THE STATE GOVERNMENT IS PUNISHING THE KDM COMMUNITY IN TAMPARULI 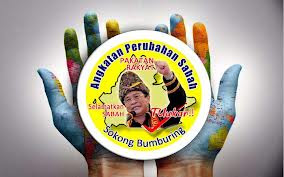 “It is very clear that the Barisan Nasional State Government cannot accept their defeat in the state constituency of Tamparuli during the recent general election. They are now on a witch hunt for those they blamed for their defeat. Several Ketua Kampung and at least one Wakil Ketua Anak Negeri came to meet me informing that they had received termination letters without informing them any valid reason for their termination. Several of these letters were sent to their houses in person.

Judging from the number of Ketua kampongs being terminated, it seems that the state government is meting punishment for the Kadazandusun community as all of those terminated from their post as Ketua kampongs are from the  KDM community. This action by the state government shows that they don’t hold to and practice democratic  principles and freedom. In fact from my survey many of these ketua kampongs were not involved in the recent elections and many of them have thrown their support to the Barisan Nasional candidates.

I want to remind the State government that the institution of Ketua Kampungs are an integral part of social and traditional life of the KDM community and the harsh and termination of these village chiefs is an onslaught to the community. I am wondering what is the stand of the KDM leaders like Datuk Wilfred Tangau, the secretary general of UPKO, a party which is supposed to fight for the right of the KDM community? However I am not at all surprised if  these terminations are as a result of recommendations and bidding from and the defeated BN candidate in Tamparuli.

Many of the terminated village chiefs had been serving the community for a long time. They had been appointed based on the support from the local community and their termination had deprived them of effective and good leadership. Many people expressed to me their outmost anguish and dissatisfaction over this draconian action by the state government. If fact they confided to me their worry about the future position of the KDM in Sabah and in the country as a whole.

The issue of the position of the ketua kampongs was raised during the recent state assembly meeting. The Minister of Local government and Housing had assured that the wishes of the majority in the respective kampongs will be respected by the state government. I therefore ask the government to grant the wishes of the community affected that the position of the ketua kampung should be carried out through an election process where every villagers are given their democratic right to electing the ketua kampongs of their choice and all the residents of the respective  kampung must be free to participate in the election including those who were terminated recently.

If the government does not respect the wishes of the people then this would confirm the suspicion of the community that they are being sidelined by the ruling Barisan nasional government in the country that equally belongs to them.”
Posted by sabahkini.net at 23:11