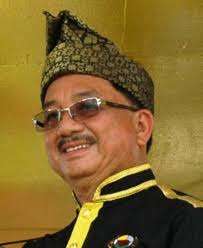 I wish to offer my congratulation to YB Datuk Seri Panglima Lajim’s appointment as the new PKR Chief for Sabah. APS is ready and willing to continue its working relationship with Pakatan Rakyat and PKR and offer our continued support for the struggle of Pakatan Rakyat and PKR both at Sabah State level and at national level.

APS have been committed in its struggle for change and to achieve the kind of reformation that is desired by Sabahans from the start and and we believe that this can only be achieved through as close cooperation with Pakatan Rakyat.

There are lesson we have learned together from the outcome of the previous general election and those lessons have taught us to be in a better position to achieve our goals in the next general election. All APS divisions and branches have been directed to provide close cooperation with the other PR components parties in order to continue with the agenda of change and transformation in order to be prepared for GE13.

On Pairin Statement To Ask The Registrar Of Society To Reconsider The Approval Of 20 Political Parties, Bumburing Said:

YB Tan Sir Pairin’s statement calling on the ROS to reconsider the proposal to approve the registration of 20 political parties, this goes to prove that Pairin has renegade on his initial struggle for a freedom of association by issuing such statement. This also clearly shows that Pairin now is supporting the idea of denying the people their basic right to a free association in a democratic country.

The people should be allowed to exercise their right by allowing them to from a political organization and this should not be construed as serving an individual’s agenda or motive as Pairin suggested. Let the people decide whether the setting up of a political party is based of the aspiration of the people or otherwise.

Pairin’s statements also goes to show that he no longer have the confident in getting the support of the younger generation. Arguably, Pairin himself have lost the popular support of the people both in the Tambunan State Constituency and also the Keningau Parliamentary Constituency based on the combined votes of the opposition candidates in the last general election.

We now have a society that is well-informed and matured enough in knowing what is best for them and we must respect the wishes of the people and let them decide which political party they would like to support.
Posted by sabahkini.net at 00:11