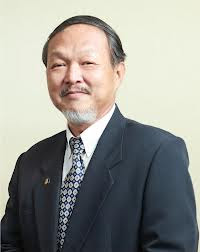 I was the Sabah DAP Vice chairman for many years since YB Dr Hiew King Cheu persuaded me to join the party back in 2007. I had made my exit from the party just before the GE13.

Currently, I read from the newspaper concerning the resignation of YB Hiew as the DAP state advisor, I was not surprise at all and has expected this would happen one day. I guess his resignation should not be only and simply confined on the issue of supporting Datuk Lajim Okim to be the State Assembly opposition chief, but I would say it is coupled with other factors which lead to his resignation as the Sabah State advisor.

To explain this, I have to go back a bit into the history on how we first joined hand to work for the Sabah DAP. I admire Sdr. Hiew because he is a consistent person and a good leader. He was tirelessly inviting me to join DAP after my retirement from the DBKK. I finally agreed and joined DAP to work along with him. During that time, we had all the strong rejection by the people towards DAP, but we strived on with our own time, money and effort, and Kuala Lumpur was not able to provide much help. We traveled the length and width of Sabah to extend our wings to recruit new members and form new branches. It was tough, but we enjoyed it all despite Hiew had to drive his own car by himself through the dark night in the jungle and deserted road, and not counting the danger on the road we might encounter. It would be disaster if we had a serious road accident.

It was tough to get the people to accept DAP during the early days, and I nearly gave up the fight. I still can remember that when we first distributed the “ROCKET” paper to the people for free, no one took it, and in return they asked me what is Rocket. I nearly collapsed and wanted to give up. After much encouragement from Sdr. Hiew, I finally regained my faith in doing the right thing for the DAP struggle. I am a pensioner, and my finance capability is low, thus most of the time the money came from Sdr. Hiew’s pocket. He was hard pushed for cash too during the early days. In fact he had started to revamp Sabah DAP since 2002, single handed, no support, no money and no members. His struggle and fighting spirit had earned DAP the support we see today, and no one should dispute that. At least, Sabah DAP is proud to have the 2 MPs and 4 ADUN now.

In 1990 general election, as a ‘green-horn’ Sdr. Hiew stood as the DAP candidate in the Api Api state seat. As expected, without support and experience he lost badly. In 2003, he was put on to contest in the Gaya by-election, lost badly too. In the 2004 GE, he led a team of candidates to join the contest, and all candidates failed. He did not deterred by the failures, and he fought on in the 2008 GE with a new team where I contested in the Sepangar Parliament seat. The GE 2008 produced two YBs, Jimmy Wong in the state and Sdr. Hiew in Parliament. It was a first time hit after a long while that gave us more encouragement to strive on.

Sdr. Hiew was still the DAP Sabah state chairman then, and he led to set up more branches and recruited more members. Unfortunately, he was ‘knocked’ out as the state chairman in 2010 in a ‘ganging up’ which was designed to take away his chairmanship, and left him to be appointed as the state advisor later.

Despite of these, he continued to work on as the Kota Kinabalu MP without much say in the party operation. I can understand his feeling deep inside his heart over all these years working with him. He instead devoted his full effort in promoting the party and executing his responsibility as the KK MP. We moved all over the state to visit, to solve problems of the people and made publicity to strengthen the support towards DAP. His devoted work had become a target of complaint during a meeting from one of the State committee member. The member opened fire on Sdr. Hiew by saying that he cannot travel state-wide to do visiting, but luckily Sdr. Hiew was defended by Sdr Lim Kit Siang saying that Sdr. Hiew should have the right and discretion to move around in the state to see to the problems of the people because he was the sole MP in the state.

Just before the 13th GE, I was told that the sidelining had become worst, because my name and Sdr. Hiew’s were not even on the proposed candidate list.  It was shocking to me that all these were done behind our back while we were busy preparing for the election work.  The worst part was that Jimmy Wong had crossed over into KK from Tawau to grab the MP seat from Sdr. Hiew in spite of strong written objection from branch leaders in KK.  Now he turned around by saying that Sdr. Hiew wanted to contest in the State seat.  What can Sdr. Hiew do when the HQ listened to one side only after he had been cut off the access to HQ?  With all these unjust happenings, I have no choice, but to resign with a sad heart from DAP.

I respect Sdr. Hiew very much as a friend, ex-comrade, a devoted politician and a person who unselfishly serving the people for so many years. It is even more so when he was under heavy internal problem and pressure, and I also faced the same pressure. His patient and tolerance couldn’t last any longer when he was ‘deliberately’ reported by the four people (YBs) he had helped in the course to become YBs for a ‘small’ matter (as mentioned by Junz Wong).  For not being respected and appreciated, Sdr. Hiew decided to quit the advisor post eventually.

His resignation as the DAP state advisor is in fact no big deal, but today sadly it has developed as if he is quitting DAP. Sdr. Hiew and I loves DAP very much, and our heart shall remain with DAP as a party that serves the people well. What can I do, when I finally become the target of party politics, and that gave me a decision to resign after a deep thought?

I hope Sdr. Hiew can have the courage and wisdom to resolve the matter, I will always support him on his undertaking.   The DAP leadership in Kuala Lumpur must check on the current situation in Sabah before any serious matter happening.
Posted by sabahkini.net at 23:06