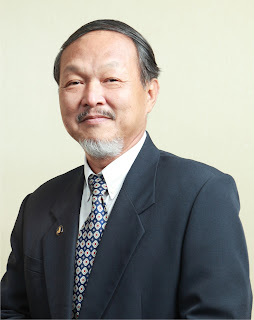 The Adun Luyang Hiew King Cheu has issued an official resignation letter to the DAP party head quarter in Kuala Lumpur in his giving up the party post as the DAP Sabah State Advisor with effect from the 12th of August, 2013.

This is following his dissatisfaction over the four Sabah DAP YBs who jointly reported him to the DAP head quarter seeking disciplinary action to be taken on him for not supporting the party’s stand to support Datuk Wilfred Bumburing as the opposition head in the Sabah State Assembly. The decision was finally reached by the elected state opposition YBs to elect Datuk Lajim as the opposition head during a lunch meet.

Hiew anyhow felt very disappointed and disheartened, and he has concluded that he is no longer needed to be the state advisor while important matters were not being brought to his notice and discussed over by the members before deciding upon. He was not sure of anything anymore, and therefore his dropping the post will be the best solution and be fair to everyone.

Hiew said he had mentioned to the DAP National Advisor Lim Kit Siang during his last visit to Sabah, and Lim had consented with his resignation. It is only proper and his duty now to make a public announcement here to inform the general public.