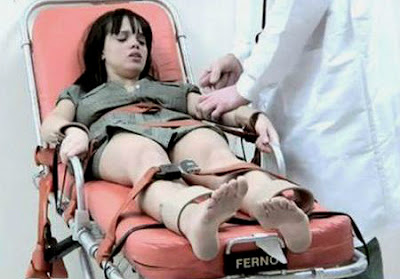 In an embarrassing media faux pas in China, photos that were posted on state-owned news websites purportedly showing a woman being executed by lethal injection had actually come from a fetish site.

The websites of the state-run Xinhua news agency and the Global Times newspaper, which is affiliated to the ruling Communist Party, carried the series of about 40 images. There was no story accompanying the photos and the intended purpose of the post was not clear.

In them, a distressed young woman—who does not appear to be Chinese—is forcibly led into a room and strapped to a gurney, and a Caucasian man in a white coat and wearing a surgical mask appears to administer an injection. 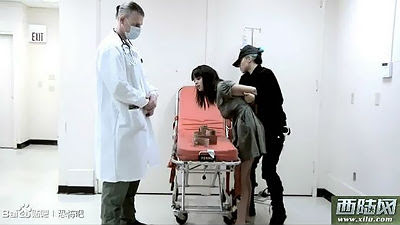 Later images show the woman in mental and physical anguish before she seems to die. The final image shows her lying motionless with the front of her dress open almost to the point of exposing her breasts.

The series is entitled: "An actual record of the execution of a female inmate: Unveiling the world's darkest side." The images carry the logo of a Chinese website specialising in military affairs. That website, however, says it came from a private post on a Chinese Internet site.

The embarassment was revealed, however, when China-based website Shanghaiist said the images came from a pornographic website, where one of them was visible, titled Lethal Injection.

The photo gallery is not the first time Chinese media have been caught out, apparently by inadequate fact-checking.

In November, the website of the People's Daily reported that North Korean strongman Kim Jong-Un had been named the "Sexiest Man Alive", treating a spoof award by satirical US website The Onion as genuine. It later deleted the report.

Despite the boob, executions are a big deal in China. Executions in China were once carried out by a single shot to the head from close range, but are now mostly carried out by lethal injection.

China does not announce statistics about how many people it executes but rights groups say it puts more people to death than the rest of the world combined.

In March, four gang members from Southeast Asian countries were paraded on live state television as restraining ropes were tied around them before they were taken away for execution for the murder of 13 sailors on the Mekong river.

Source: AFP
Posted by sabahkini.net at 18:49