ALMOST HALF OF OCPDS IN SABAH ARE LOCALS 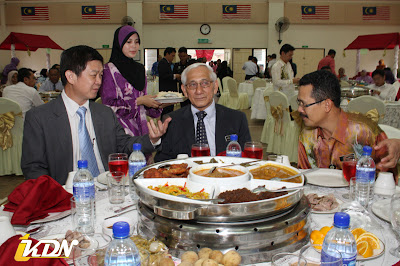 In terms of ethnic background, he said two of them are Dusun, while another two Kadazan, two Malays, one Murut and a Bajau.

He said this in reply to Ranau MP Datuk Siringan Gubat who asked the Home Minister in the Dewan Rakyat on the number of Sabahan police officers appointed to head the police districts in the State and their racial breakdown.

Siringan, in his response to this, said the number of Sabahans appointed to the said post was not satisfactory considering that it is already 49 years since Malaysia was formed and thus more Sabahans should be holding the post right now.

To this, Abu Seman said the police always want, if possible, as many as possible those with qualifications to hold the said post.

"Actually in our appointment of OCPD or District Police Chiefs it is not based on the race, ethnic groupor location. What is more important is the level of experiences, academic qualification, work performance as well as skills," he said.

"So what we see from the number of police officers and personnel from Sabah, we give them a lot of exposure at the big cities like Kuala Lumpur, Johor Bahru and so on. And when they already have experiences and skills we can place them in Sabah," he added.

He said the police do not care from which state an officer or personnel comes from in terms of rank promotion, citing as example Sabah-born Datuk Seri Mohd Bakri Zinin who is presently the Director of Criminal Investigation Department in Bukit Aman.
Posted by sabahkini.net at 11:11