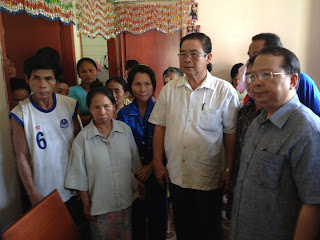 I CALL UPON the authorities especially the Police to leave no stone unturned in their investigation in the death of 15-year old girl, Narikoh Saliwa from Kg. Bombong 1, Kota Marudu who died mysteriously and was found by the road side on Sunday.

I have spoken to the older sister of the victim and what she told me indeed are critical information that should be followed up by the police officers who are investigating the case.

We want to know what is the real caused of the death of the girl, whether a post-mortem have been carried out to determined the caused of death and if the victim was raped before her death.

If indeed the police discovers in the course of their investigation that foreign nationals are found to be involved in the death of the girl then what I have said in parliament about foreign elements posing serious security threat in the country.

This incident is true and that what Minister in the Prime Minister Department Mohamed Nazri bin Tan Sri Abdul Aziz said in parliament recently in response to my queries about the foreigners as not posing any form of security threat are lies to hoodwink the people.