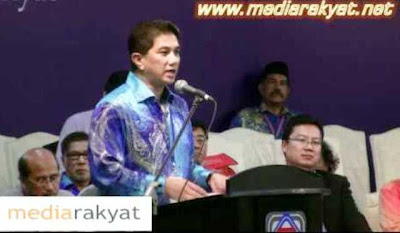 KOTA KINABALU: Discussion between opposition parties in Pakatan Rakyat (PR) Sabah with Sabah Progressive Party (SAPP) and both newly-formed Angkatan Perubahan Sabah (APS) and Pakatan Perubahan Sabah (PPS) on seat allocations for the forthcoming general election should be completed in a few weeks.

“From the latest discussion, we can say it is very fruitful and positive … the main reason of having the discussion is to have a one-to-one fight with Barisan Nasional,” Parti Keadilan Rakyat (PKR) deputy president Azmin Ali told reporters after attending the Sabah PKR Convention at Star City Convention Hall here yesterday.

“I can say the announcement can be done in a few weeks time but it is up to PR Sabah, SAPP, APS and PPS to choose the right time and date to announce it together,” he said.

Azmin added that State Reform Party (STAR) was not included in the discussion because it was focusing on the three parties, namely SAPP, APS and PPS.

Meanwhile, opposition leader Datuk Seri Anwar Ibrahim in his address during the convention said PR would be introducing newcomers in the next general election without forgetting the old hands.

He said it is PR’s policy to give more room to the newcomers, especially those who are winnable.

“It does not mean we are forgetting the old hands but the struggle of Pakatan Rakyat is not being candidates for the general election, but to give an opportunity to the younger generation to become the agent of change,” he said. (BP)