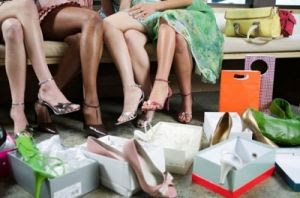 FROM workouts to healthy diets, many of us make an effort to look after ourselves. However, we could be compromising our health on a daily basis without even knowing it. From carrying heavy handbags to wearing crippling heels, here are the top 10 female habits you should try to break.

More and more of us are opting to wear heels on a daily basis, and this could be bad news for our health. High heels affect our posture, put pressure on joints, and can lead to a range of conditions including arthritis, hammer toes, back pain and tendon injuries – and that’s before you take into account any heel-related accidents! To minimise damage, limit your heels to 1.5 inches for daily wear, and wear insoles to help reduce the pressure on joints.

With the rising number of gadgets and accessories the majority of women haul around, many of us are carrying around several pounds of weight on our shoulders every day. As a result, lots of us are also putting our long term health at risk. While you may not feel the effects right now, lugging around a heavy handbag can lead to serious back problems and neck pain as well as poor posture. Don’t wait until the damage is done – do your health a favour and try clearing out all non-essential items and switching to a smaller bag.

Most of us have succumbed to the temptation to sleep in our post-party makeup at some point. However, leaving makeup on overnight – along with the dirt and oil that naturally accumulates on skin throughout the day –is a quick route to clogged pores, congested skin and spots. Sleeping with mascara and eye makeup on can also affect your health by causing eye irritation, bloodshot eyes or even infection.

From networking drinks to first dates and social events, there are many instances when women may feel compelled to keep up with the drinking habits of the opposite sex. However, women not only tend to weigh less than men but they have less body water to dilute the alcohol, which means they tend to get more drunk more quickly. To minimise the risks of alcohol on your health, try to keep within the recommended guidelines for alcohol consumption and alternate alcohol with soft drinks.

It is thought that more than 70 per cent of women are wearing the wrong bra size. However, wearing a badly fitted bra can not only affect the look of your clothes, but research suggests it can cause a range of health problems including back, neck and breast pain, breathing difficulties, poor posture, skin irritation, circulation problems and even irritable bowel syndrome. Rather than guessing your size, make sure you get measured to ensure you are getting the support you need. 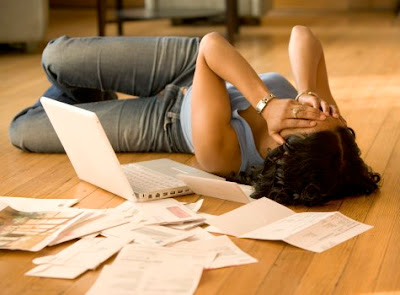 Stress is damaging to both our physical and mental health, and women are twice as likely as men to suffer from stress-related disorders, as well as having higher rates of depression and anxiety. While it is thought there may be biological reasons for this, worrying about the future and dwelling on regrets can also add to our problems, with research suggesting that women are more than twice as likely as men to harbour regrets over lost loves and broken relationships.

While both genders suffer from body insecurity, many women tend to overly obsess over their idea of the “perfect” body. Research findings published in the journal Obstetrics & Gynecology found that 16 per cent of the normal or underweight women studied believed themselves to be overweight, while a study commissioned by Dove found that 90 per of women wanted to change at least one aspect of their appearance. Body insecurity not only affects our mental health, but it can also lead to physical damage caused by extreme diets, yo-yo dieting, eating disorders and cosmetic surgery.

While comfort eating affects both genders, research has suggested that men are more likely to reinforce positive emotions with food, while women comfort eat when they’re sad. Women are also more likely to satisfy their cravings with sweet, high calorie foods. Rather than letting your waistline suffer next time you’re feeling blue, try distracting yourself from cravings by doing something you enjoy, or boost your endorphins and health with an uplifting workout. 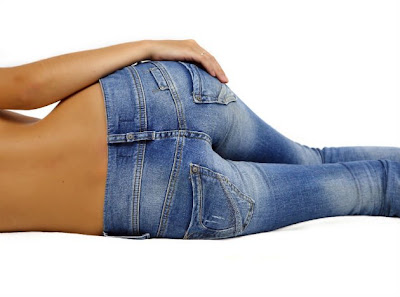 Not getting enough sleep

Not only can lack of sleep make us look and feel at our worst, but insufficient shut-eye can also lead to increased accidents, calorie consumption and heart disease risk. Unluckily for women, statistics suggest that sleep problems affect more women than men, while a study by the University of Michigan found that women are more than twice as likely to give up sleep to care for others. Unfortunately, sleep has been found to affect women’s blood pressure and mood more than men’s, making it imperative that you do your best to get a good night’s sleep.

Not only are women more likely to compromise their sleeping habits to care for children and others, they are also prone to putting their own wants and needs at the bottom of a hectic to-do list of chores and obligations. To avoid running yourself into the ground, learn to sometimes say no to those requests and commitments that are less than essential, and make sure you set aside some “me” time each week to do something enjoyable just for you.