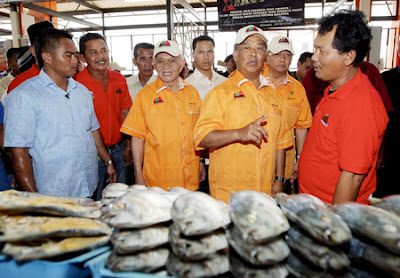 KUCHING: It is crucial that people continue to give the government their strong support in order for it to continue focusing on implementing high-impact projects that will spur development, especially those benefiting the rural communities.

According to Deputy Prime Minister Tan Sri Muhyiddin Yassin yesterday, high-impact projects, carried out since the introduction of the Economic Transformation Programme, are necessary to enhance economic growth and income of the people.

When officiating at the opening of the RM47-million Medan Niaga Satok here, the Education Minister highlighted how the new complex would have a significant impact on the rural communities, especially in yielding higher revenues and economic success.

“The farming communities and those involved in the agriculture sector are often faced with various problems such as decrease in production due to increasing cost, marketing of products, logistics and middle-man issues. 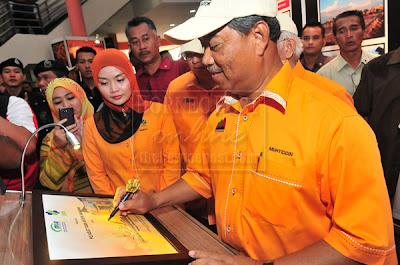 “It is important that the agriculture sector remains as important as our national key result areas initiative amid the setbacks. We must strive to help increase their revenues.

“As the country goes through extensive development, the most important factor is how the nation’s progress brings high positive impact to the people’s development. No point for the country to become highly developed while most of the people remain poor,” he said in his speech.

Muhyiddin said the state-of-the-art complex was another example of the close cooperation between the state and federal governments.

He reminded the people to work hand-in-hand with the government so that projects planned for them could be implemented successfully.

The Barisan Nasional (BN) government, he said, never neglected the people’s plight as no issues were considered petty.

He said this was demonstrated by the many projects it carried out to improve the people’s welfare and increase their income, unlike the opposition who failed to fulfil their promises made in the 2008 general election in the states ruled by them.

Later, Muhyiddin announced an amount of RM13.5 million to upgrade and improve the facilities at Medan Niaga Satok such as building an alternative access road to ease traffic congestion. (BP)
Posted by sabahkini.net at 09:23