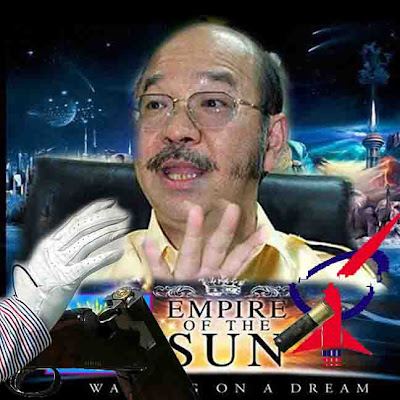 KOTA KINABALU: Sabah Progressive People’s Party (SAPP) has been a constant 'thorn in the flesh' of Sabah Barisan Nasional since 1999 because of its demand that the influx of illegal immigrants in Sabah be investigated.

SAPP Youth said it was because of the party’s persistent demand for a Royal Commission of Inquiry (RCI) into the illegal immigrants that ties between the party and BN’s “top leadership” was strained.

SAPP was part of the BN coalition until it pulled out in 2008 after winning four seats.

“Even before SAPP’s pullout from BN during the tenure of former prime minister Abdullah Ahmad Badawi, SAPP was relentlessly demanding the government to take action on the massive influx of illegal immigrants into Sabah.

“A 14-point proposals and ideas contained in the memorandum ‘Time for direct preventive actions” was submitted to the then prime minister in 2006 but no action was taken.

“In fact, earlier on in 1999, SAPP had already submitted a memorandum titled ‘Illegal Immigrants: Mother of All Threats’ and in this we included the additional 14-point memorandum.”

He also pointed out that in 2011, SAPP Youth had initiated a statewide campaign to collect 100,000 signatures calling for the RCI on illegals immigrants to be set up.

Dionysius was responding to Wong’s attack on SAPP that the party had “no moral authority” to talk about illegal immigrant issue.

Wong today questioned SAPP and its president Yong Teck Lee’s silence over the disclosures at the ongoing Sabah RCI.

“Why have they been keeping very quiet on recent shocking findings exposed by the RCI hearings?

“If SAPP had sincerely wanted to solve the illegal immigrant issue, SAPP should have stopped the problem from deteriorating with a sense of urgency then,” he said, alluding to the fact that its president was once a chief minister.

The testimonies by former National Registration Department (NRD) officers, illegals and immigrants on the secretive and clandestine manner by which the citizenship-for-votes scam, under the premiership of then prime minister Dr Mahathir Mohamad, was carried out have shocked Malaysians and Sabahans in particular.

Based on these testimonies, it was learnt that the once Christian-majority Borneon state was “nuetralised” by an ambitious plan that gave away citizenships to Muslim immigrants and illegals to ensure that Umno and BN stay in power.

The revelations have sent shivers across the political divide because many of those involved in this conspiracy “at the highest levels” of federal and state authorities are alive and still politicking.