MARRIAGE CERTIFICATE WITHOUT RECORD IN NRD 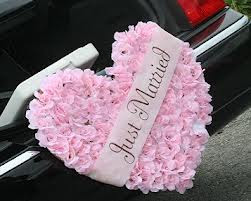 RECENTLY the KK MP Office had received quite a number of cases where the married couples found even though they were married officially and being issued with the marriage certificate but unfortunately their marriage status were not recorded in the computer and record book of the National Registration Department (NRD).

This had caused much complication and adverse effect especially in legal matters and children’s documentation, schooling and issuance of MyCard.

This is not fair to the married couple especially when one of them is a foreigner. In Sabah marrying a foreigner is very common, like the Pilipino, Indonesian, Chinese, Vietnamese, Thais, and Taiwanese.

The complication in not having a valid marriage certificates is serious, and sometimes this can caused rejection in work permit, stay permit, and can affect the future of the children.

Usually the couple was registered as married with the NRD, and their marriage certificate was being witnessed by two witnesses, signed and endorsed by the registrar.

The problem came when it was found out that the marriage was not even registered in the record of the registration office. It is not valid when there is no record found. Some of these married couples only found out recently that their marriages are not valid. This seems like a joke.

The KK MP Hiew King Cheu when he heard the complaints from these couples, he had made several calls to enquire and found out what they said are true. He checked their marriage certificates and it looked okay to him.

Hiew said this type of incidents should not have happened and it is due to human error and on other reason that these certificates are not registered. He said the NRD should be more careful on this matter because the marriage certificate is an important piece of legal document.

Hiew advices the married couple to check with the NRD office to double check whether their marriage certificates are properly registered and in the record.

We cannot afford to have problems when we want to use the certificate for some important documentation, for example, children’s schooling, medical treatment, citizenship and permanent stay application, and even the deceased estate. Don’t wait until you are stuck and encountered difficulties.

Hiew said those who are authorized to witness and register marriages to be very careful in registering the newly weds, and must ensure all records and information are forwarded to the NRD for recording and filing.