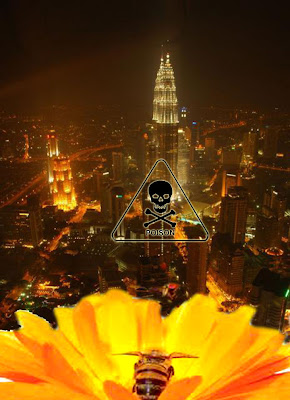 And it is within this such formula that incumbent Chief Minister, Tan Sri Abdul Taib Mahmud, the undisputed leader of Parti Pesaka Bumiputera Bersatu (PBB) and Chairman of the ruling coalition in Sarawak’s victory in the recent 10th Sarawak state elections 2011, needs to be seen.

The issue whether or not Taib Mahmud is a clean politician was never the key. It was whether Taib Mahmud had delivered, and on that count he scored. Perhaps not in the most raring of percentages but but he was adequately high on a scale of one to ten.

In the Malaysian context, irrespective of corruption, development scores. If a politician at the helm of affairs demonstrates his intent and will to deliver as well as takes positive steps in that direction, similar to that of the Taib Mahmud Sarawakian government, then the electorate reposes its faith in him.

This more often than not overlooks the incumbency factor. Taib Mahmud was voted in as Chief Minister for eight terms: the last one going beyond anyone’s expectations.

The grapevine has it that Taib himself was not sure of winning but the people voted him in on three counts; the first being that only he can keep UMNO from coming into Sarawak, the second being that he had done for Sarawak what no other Chief Minister had and third being that development was high on the agenda.

There were stories about several family members benefiting billions during his regime but those allegations waned in the face of the work he had done.

A great deal still remains undone but his intention and will to work benefited the people who voted him in and this alone is enough reason for the electorate to back him and ensure his return to office which he held for eight terms.

In the case of Dr Mahathir, the issue also worked in his favour was the perception that his heart beats for the Malays although he is half-Indian and that even while the party or his confidantes made money left, right and center, he had electoral support till of course he made the fatal mistake of sacking Anwar Ibrahim for corruption and sodomy charges.

In Malaysia, race, religion or corruption comes into play when development takes a backseat. In situations like this, non-performing politicians have a field day in exploiting race and religion blocks to their advantage and they often succeed.

Koh Tsu Koon was able to rule Penang and later managed to name chairman Datuk Dr Teng Hock Nan as his successor primarily because he helped UMNO and had the support of the Feds in the center, get electoral power and in turn had a role in decision making.

But what dented Koh Tsu Koon’s unassailable position were his non-performance and confining his tenure solely to UMNO politics. That worked initially but later Penangites wanted results of governance where of course he failed miserably.

The consequence: a total rout from which recovery seems a near impossibility as the recent 2008 election-results have demonstrated.

This is in great contrast with Lim Guan Eng’s human development agenda in which the situation is crystal-clear. Koh Tsu Koon’s UMNO discrepant policies brought Lim Guan Eng center-stage: His initial victory had little to do with him and more with being the protégé of then Penang Chief Minister Lim Chong Eu and UMNO.

Koh Tsu Koon’s Parti Gerakan who vouched for him throughout the years deserted him on the grounds that his UMNO sucking up politics were limited to his family and an inner circle comprising his relatives and maybe a handful of supporters. At the macro level Koh Tsu Koon had failed to deliver or do anything for the state, they argued. Worse still, he had put the clock back.

It is after many years in Penang that the state is finally transparent in its governance. In the face of all this, whether Lim Guan Eng and his minions are corrupted or not were non issues when it comes to voting him and his boys back to power.

This can be said about Taib Mahmud or Musa Aman for that matter. Upon a better look, the way Musa Aman went about getting The Royal Commission of Inquiry (RCI) on illegal immigrants in Sabah to investigate the Mother of ALL Problems, “Project IC”, the alleged systematic granting of citizenship to foreigners, was a brilliant move in spite of so much objections and even sabotage by Shafie Apdal and some UMNO Sabah chaps.

Despite the drama he still managed to get it thru and convince Premier Najib against all odds, that this is the true meaning of development!

I stand corrected on my theory that people accept corruption only if it rides piggyback on development and never the former without the latter. Lim Guan Eng substantiates the first and Koh Tsu Koon the second. And although the the third option of development without corruption is an ideal situation, it is sadly rarely found in Malaysian politics.

Even honest politicians, Musa Aman, who was voted in on grounds of his honesty and integrity, rued the fact that political parties need money to survive.

So with the way things are, it is less about corruption and more about being found out. Or even getting caught. Hence, solo development or clean governance in Malaysian politics is an ideal situation.

In lieu with this, I have to single out Former Prime Ministers Tengku Abdul Rahman and Tun Hussein Onn whose integrity is beyond doubt, despite the various scams their Government had been besmeared with. But ask the man on the street or even Tengku or Tun Hussein Onn’s former political rivals and they will charge them with inaction but not dishonesty. In this case the clean image scores over governance.
Posted by sabahkini.net at 03:35