MANY SHORTCOMINGS IN THE RCI PROCEEDING 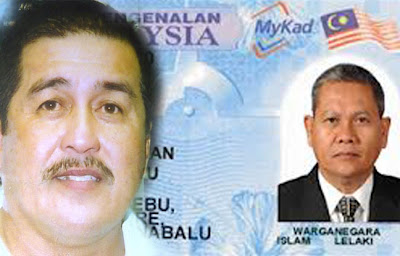 AFTER attending the proceedings of the on-going Royal Commision of Inquiry (RCI) on illegal immigrants in Sabah for just two days, I have observed quite a number of shortcomings in terms of participation in the inquiry process, i.e. on the way it is conducted.

It is very clear that these shortcomings are seriously hinder the original purpose of the RCI – to seek the truth for the sake of justice.

The RCI was decided to be carried out to enable a panel to hear witnesses’ testimonies as well as to question and dig for deeper information from them, with lawyers (including from the Sabah Law Association or SLA) and members of political parties given the opportunities to pose their own questions.

So other than members of the RCI panel, several lawyers have been given the authority to pose more questions to those making testimonies for the purpose of clarification and obtaining of more details.

What I find wanting is that the political parties such as Umno, MCA, PBS, PBRS, Upko, Star, Sapp and other parties have not sent their representatives to be among those who could pose such queries.

It is a wonder why these parties, why after making such loud noises about the issue of illegal immigrants all these while they have not pursued or even clamoured for participation in the RCI proceeding. I applaud Hj Ansari Abdullah, Datuk James Ghani  and the SLA representative for being active in posing very good and relevant questions.

I suspect one or two of these parties are afraid to be in the proceeding because they may be afraid that they, or some of their leaders, maybe identified by witnesses as the culprits or perpetrators of the illegals problem in Sabah.

I am also flabbergasted that Tan Sri Pairin had made a statement asking people not to make any comments on the RCI testimonies until the whole process if over.

I find his remark to be evident of his cowardice in the issue; what he said actually had disappointed a lot of the people, especially the KDMs. Many are questioning his motive in making such a call when there is much worry among his people about this mother of all problems.

In the matter of those giving testimonies many people who can present their cases have been excluded and deprived of their opportunity to speak up.

Our biggest loss is the absence of Suhakam in the list of those testifying because, as I have been made to understand, Suhakam request to contribute in the matter even as those to pose questions was rejected for unknown reasons.

The number of individuals from the public allowed to pose questions are also limited; the opportunity should be opened to more people. It is such a loss; we can now only imagine what great revelations Suhakam could have offered the world on their own findings about the illegal immigrants issue because we know Suhakam, being the main body dealing with matters of human rights in Malaysia, have files and files of reports!

Why was Suhakam rejected? Who were the parties privy to the surprising rejection? Is the RCI also practicing what we can call selective witnessing? Even the Kota Kinabalu DAP’s member of parliament, was reportedly rejected like Suhakam.

I had also noticed that the Sabah Law Association (SLA) is not serious enough in its participation, because when its representative missed one Thursday afternoon session of the inquiry, no one was sent as a temporary replacement. So why is the SLA, a highly professional body, playing a disappearing act in such an important undertaking in our history?

And last but not least is the quality of the performance by some of the panellists. One or two of them are obviously there just to warm up their chairs because during the two days I was there they hadn’t spoken a single word in addition to smiling and grimacing!

It appears that only th chairman, Tan Sri Steve, Datuk Henry Chin and Tan Sri Herman Luping are the one most active in probing the testifiers. I find it shocking that the other panellists being also personalities of high calibre and experience with high positions behind them are not curious or serious enough, not able to ask a single question day in and day out?

I can’t believe they are ignorant or dumb, nor can I believe that they are afraid of talking too much because as retirees who can touch them? To me this is a serious failing of the panel and I believe if you can’t speak, you might as well leave the chair and give it to someone who can perform. What a huge loss that Tan Sri Simon Sipaun, the capable and dynamic activist, was not included in the panel!

I feel that it is still not too late to overcome these serious shortcomings and improve the situation by amending the policy and revamping the panel to replace those who don’t speak up with others who can perform better. As it is, because of these weaknesses, we are losing a tremendous lot, and the final report of the RCI may not do justice to the seriousness of the illegals problem.
Posted by sabahkini.net at 13:46