STATELESS INDIANS WERE TOLD TO GO TO SABAH 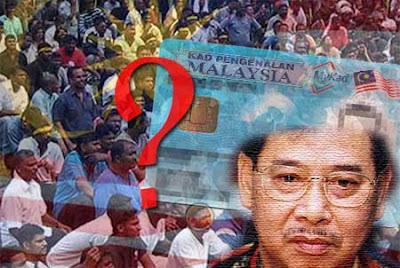 He said whenever he discussed the issue of stateless Indians with Megat Junid, the latter would refer to cases in Sabah.

“I’m speaking out because [Former Prime Minister] Dr Mahathir Mohamad raised the issue of Tunku Abdul Rahman granting citizenship to one million people in the Peninsula before independence.

“I would never have spoken about this otherwise, as Megat is no longer with us. He was my school senior, and often during our conversations, I would bring up the issue of stateless Indians,” he said.

Thasleem said on numerous occasions between 1994 to 1996, whenever he told Megat Jubid that a lot of Indians have been living here for many years without citizenship, his immediate reaction would be: “Don’t waste time, go to Sabah.”

“I was quite suspicious on why he continued to mention Sabah but he repeated this on two to three occasions, claiming that if cases were to be dealt here, some of the stateless people may have to pay up to RM50,000 for their application to be approved,” he said.

“The citizenship should be given to them. These people were born here, they were not smuggled here.

“We just want the government to solve this issue once and for all,” said Thasleem.

Jihad for Justice is a new organisation, established a month ago, and 5,000 people have indicated their support.