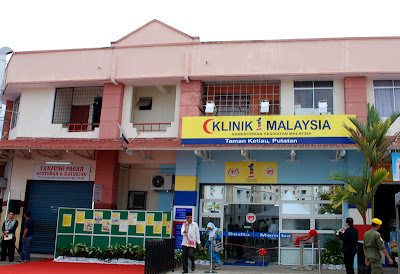 SEVEN more 1Malaysia clinics will be built in Sabah this year, bringing the total number in Sabah to 27, which according to government sources, is the largest number in the country.

The 1Malaysia clinic programme was launched as part of the 2010 National Budget, where Prime Minister Najib Razak allocated RM10 million for the establishment of these clinics nationwide.

The aim of the 1Malaysia clinic is to make healthcare  both accessible and affordable to the low-income earners.

Malaysian citizens need only to pay RM1 to obtain healthcare services at these clinics while non-citizens are required to pay RM15.

Other than the 1Malaysia Clinics, Sabah will also have 111 other health clinics, while a further 286 rural clinics will be upgraded under the Health Services Transformation Plan.

The state will also have more advanced medical facilities with the upcoming Oncology Centre and the Centre of Nuclear Medicine, which will be fitted with linear accelerator and Brachytherapy equipment – machines commonly used in radiation therapy.

According to Deputy Health Minister Datuk Rosnah Shirlin who spoke at a 1Malaysia Community programme in Kinarut last week, the government has allocated approximately RM4 billion to improve medical services in the state, which among others, include the the upgrading of the three main hospitals in the state – the Queen Elizabeth I Hospital, the Queen Elizabeth II Hospital, as well as the Likas Women and Children Hospital.  (Insight Sabah)