JEFFREY SET TO TESTIFY BEFORE RCI 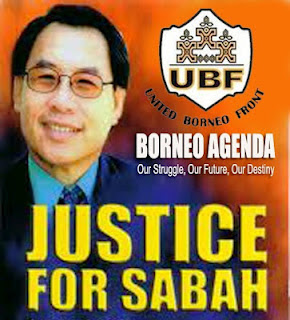 WAITING ....He says he had been waiting for his turn which might finally come today (Thursday).

KOTA KINABALU: The foremost advocate for Sabah state autonomy, Jeffrey Kitingan, who helped expose “Project IC” in Sabah, is expected to be called in by the Royal Commission of Inquiry (RCI) on illegal immigrants in Sabah from today.

He has been on standby since Monday after the RCI notified him he probably would be called at this second session and possibly at another session after the Chinese New Year.

When contacted by FMT here today, Jeffrey said he had been waiting for his turn which might finally come today (Thursday).

It is understood the RCI is expected to give at least 24-hour notice to witnesses to appear before it.

Asked what evidence he might be sharing with the RCI, Jeffrey said: “They are likely to ask what I know about the ‘Project IC’”.

Pressed for any clue, the Sabah Chairman of State Reform Party (STAR) said: “They are likely to ask what I wrote in my book ‘Justice for Sabah’ and the ‘Transient Population Studies’ we did when I was with the Institute for Development Studies (IDS).”

IDS was founded by Jeffrey more than two decades ago as a think-tank for the Sabah state government and among its earliest officers was Maximus Ongkili who is now a federal minister.

Jeffrey has always been at the forefront in calling for the setting up of RCI and for the federal and state governments to deal with the problems created by a free influx of illegal immigrants from neighbouring Indonesia and southern Philippines.

Sabahans believe their multi-ethic population known for its remarkable tolerance is fracturing along racial and religious lines.

Umno, the current leader of the ruling BN, is perceived by many to be the main party that has profited from these divisions by recruiting Muslim immigrants.

Both had worked together in exposing most of what is being repeated before the ongoing RCI, including testimonies from foreigners and the modus operandi of 'Projek IC', sometimes called by beneficiaries as 'Projek M', the 'M' referring to former Prime Minister Dr Mahathir Mohamad.

Mutalib, who now resides in Kuala Lumpur, has been in Kota Kinabalu since last weekend in anticipation of being called to testify by RCI. He was said supposed to appear before it today but his appointment, it was learned, has been postponed.