SABAHANS BECOME FOREIGNERS IN OWN LAND 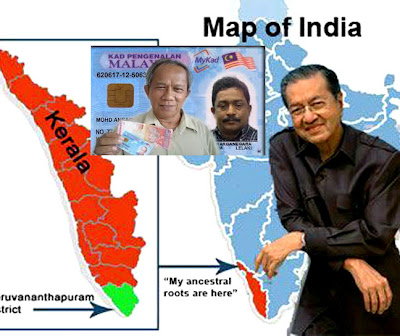 KOTA KINABALU: Sabahans have become foreigners in their own land for the mistakes of the past leaders, said Democratic Action Party (DAP) Supremo Lim Kit Siang.

Kit Siang highlighted that Sabah has a long history of dealing with the issue relating to illegal immigrants, stressing that it had gone on since the 1970s.

“The number of illegal immigrants (in Sabah) rose after Parti Bersatu Sabah (then opposition) came into power after toppling the Berjaya government in the 1985 state election … all because the former prime minister, Tun Dr Mahathir Mohammed, wanted to take revenge against (PBS president) Tan Sri Joseph Pairin Kitingan,” he told the crowd of over 300 people, who attended the DAP’s dialogue on the Royal Commission of Inquiry, entitled ‘What is RCI and its Implications to Sabah’, held here yesterday.

Their tactic was a success when PBS lost to Barisan Nasional in the 1994 election following the defections of several leaders.

Kit Siang said that during the Berjaya time, he was accused of exaggerating facts when he said that there were some 140,000 illegal immigrants in Sabah.

“During (Tan Sri) Harris Salleh’s time, he said I was exaggerating the figures, and now after 35 years, Sabah leaders such as Tan Sri Bernard Dompok had said that in the 1980s, the number of illegal immigrants in Sabah was 700,000; while Tan Sri Joseph Kurup once said that the illegal immigrants would make up 70 per cent of the whole state population by 2008.

"Kurup is very accurate and today, Sabahans have become foreigners in their own land, the Land Below the Wind … and that is a tragedy,” said Lim.

Touching on the setting up of the RCI, Kit Siang, who was among the first to table a motion for its establishment in the 1970s, believed it was still not too late to reveal the truth.

“I did not secure enough votes to set up the RCI three decades ago. I had my reservations on the RCI then, but at least now, something is being done to address the issue.

In a recent survey done here, about 87 per cent of the people support the establishment of the RCI, but only 54 per cent are confident that it can solve the existing problem relating to illegal immigrants.

“Project M is part of Project IC (identity card) because Project IC goes back to the 1970s. I realised that when I came back to Sabah in 1978 after I was thrown out of the state in 1969, this was already an emerging problem in the Sabah, including corruption and security.

“On March 15, 1990, the Sabah State Assembly unanimously passed the resolution calling for the establishment of the RCI to look into the massive cleanup of the illegal immigrants who were issued with fake blue Malaysian identity cards. That was the second disappointment when it was not passed, showing that the federal government had no intention to view the matter seriously.

“It was an open secret that there was a syndicate involved in issuing Malaysian documents to the illegal immigrants. We do not know how many voters are rested in the electoral roll, and how many illegal immigrants are given the rights of Malaysian citizens to cast their votes,” he said.

He therefore called on Sabahans to work closely together and fight for change before it is too late.

“The people of Sabah should take action to find remedies to cure the larger disease that Malaysia is suffering. There should be solidarity and unity amongst the Sabahans and the people of Malaysia to bring change to the state and nation.

“Today, BN is worried. The window for (Prime Minister) Datuk Seri Najib Tun Razak is getting smaller, and as much as they try to convince the people that they are coming back with a big win in the coming election, taking back all the opposition states, we know that they are not confident. They are just pretending.

“The magic of the campaign can do wonders and if we turn the table, I believe Pakatan Rakyat will win,” he said. (BP)