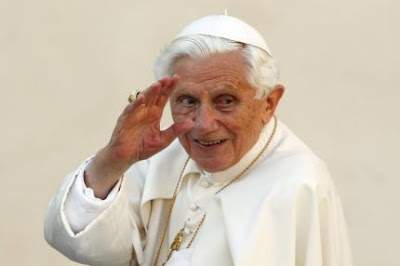 KUALA LUMPUR : The Vatican hopes to strengthen the Catholic Church's interfaith ties with Muslim Malaysia, international newspaper The Wall Street Journal has reported, even as religious tension continues to heighten in the country following the unresolved debate over the usage of "Allah".

In an article last Friday, the paper quoted Archbishop Joseph Marino, the first papal ambassador to Malaysia, as expressing the interest from the Holy See during his first email interview in the country after taking on the post.

"There is no doubt that one of the main questions of our times is the promotion of inter-religious relations," Archbishop Marino, a native of Birmingham, Ala, was reportedly told the WSJ.

"The Holy Father has defined the focus and priority of our missions: dialogue, which has at its heart the spiritual and material good of every person."

The papal ambassador was also quoted as saying that his key responsibility is to assist Malaysian churches in fulfilling its mission, adding that he would also have "much interest in the social, economic and political development of the country".

The article noted that although Muslims and Christians here have been living harmoniously for decades, tensions have grown in recent years following the protracted dispute over the usage of "Allah".

On the one hand, many Muslim leaders, including the Selangor Sultan and the federal government Islamic authorities, have insisted that the word "Allah" belongs exclusively to Muslims as it refers only to the Muslim God.

But Christians across all denominations and other non-Muslims including the Sikhs, have disagreed, arguing that the word has been used in their religious scriptures for decades.

The WSJ also recalled how a Protestant church had been firebombed in 2010 here, with several other churches vandalised, shortly after a High Court ruled in 2009 that Muslims did not have an exclusive right to the word "Allah".

But four years on, the debate is still raging, this time sparked by secretary-general Lim Guan Eng deciding to include the issue in his Christmas message last year.

Perkasa chief Datuk Ibrahim Ali even kicked off an even greater firestorm of protests when he said last week that Muslims should burn Malay language Bibles that use the word "Allah" in them and other holy Arabic script.

The WSJ noted that the move to create the Roman Catholic equivalent of an embassy in Kuala Lumpur earlier this month was because the country's population of followers has swelled to over one million, a significant majority of Malaysian Christians.

"The step also occurs as the administration of Prime Minister [Datuk Seri] Najib Razak faces increasing pressure from politicians and the public to soothe uneasiness among Christians ahead of the country's closely contested national elections, which must be held by June 27," the paper wrote.

Pope Benedict XVI appointed the archbishop as the first apostolic nuncio - or ambassador - to Malaysia on January 16. Malaysia first established diplomatic ties with the Vatican in 2011. (FMT)
Posted by sabahkini.net at 04:16