90% KIDNEY DEATHS ARE IN SABAH 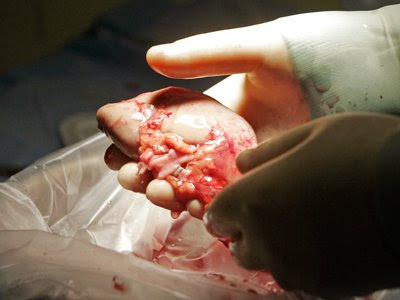 KOTA KINABALU: Eighty per cent of kidney patients die needlessly in Malaysia every year and 90 per cent of them are in Sabah, according to Dr Ali Qassem, the project chairman of a proposed haemodialysis centre.

He said there are around 1,000 patients currently undergoing dialysis treatment or in the final stage of kidney disease in Sabah.

However, many kidney patients have yet to be identified as they either do not realize they have the disease, or do not have the money to find out, and most deaths from kidney failure in Sabah occur in rural areas, he said during the launch of the proposal to set up the haemodialysis centre.

The event at Donggongon Square, Penampang was officiated by Minister of Plantation Industries and Commodities Tan Sri Bernard Giluk Dompok.

The proposed centre was initiated by the Rotary Club of Penampang District and their counterpart, Rotary Club of Johor Bahru, with Kinsabina Group offering the use of the site at Donggongon Square and also sponsoring the cost of the building, and 1CKC Development Sdn Bhd contributing RM150,000 for the procurement of dialysis equipment and facilities.

“Kidney disease is the most dangerous disease because a patient can go on for 20 years without knowing they have the disease,” Dr Ali said.

In Malaysia, based on an incidence rate of 200 new cases per million per year, there would be around 4,600 new cases every year and 80 per cent of the patients die needlessly, he said.

“The patient’s chances of survival depend on where he or she lives,” he said.

Currently there are 11 haemodialysis centres in Sabah, including one at Queen Elizabeth Hospital and Sabah Women & Children’s in Likas.

Dr Ali said there are around 157 haemodialysis machines in Sabah but that is not enough to cope with the number of patients.

“Compared to the known number of patients in Kota Kinabalu, these machines are not enough to treat all of them, let alone the unknown patients and those who cannot afford to pay the treatment costs.

“Hence, there is a need to establish this haemodialysis centre and make dialysis treatment affordable,” he said.