MIZZ NINA TAKES ON THE US 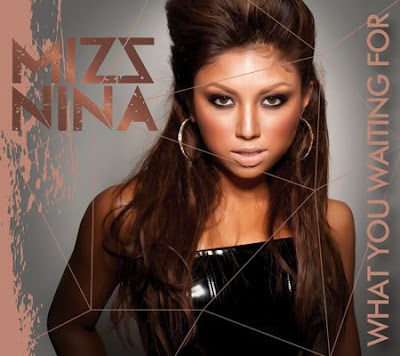 The long wait will soon be over for Mizz Nina. The Malaysian pop star is set to expand her music career in the US. Yes, she's in talks with top US rapper Flo Rida for a possible record deal.

"I'm open to any opportunities," the red hot singer told The Daily Chilli at the launch of her new album, Takeover in Zouk KL on Saturday.

"I'm talking to Flo Rida 'coz he has his own label in the US."

The friends in music bonded over their fun collaboration on the bouncy title track, which saw Nina flying off to Los Angeles to record a music video with the In The Ayer hitmaker and to promote the single there.

"I had the opportunity to meet the US media," the What Are You Waiting For singer recapped. "It was a humbling experience."

She has also documented her music journey in LA in a TV show, produced by Kyanite TV and will soon be aired over Astro Ria.

"I met Yuna while I was in LA. So she's featured in a crossover episode," enthused Nina, taking a cue from the Malaysian indie pop darling who's created waves States-side.

Aside from a career move to the US, Nina says she's also planning a tour around Asia, starting with Singapore and Indonesia - right after the MTV World Stage on July 14, where she will be sharing the centrestage with teen superstar Justin Bieber and K-pop sensation Kara.

"My management is planning to launch my new album outside Malaysia - maybe Thailand or Singapore. I would like to take on Asia first, then US."
Posted by sabahkini.net at 11:06