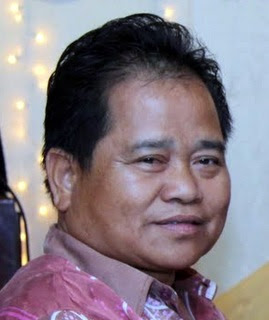 Raymond who is the son of Pensiangan Umno Deputy Chief, Ahuar Rasam (photo) made the decision after realizing the true struggle of PKR for the people compared to the Barisan Nasional (BN) struggle which has veered off course lately.

“I chose to join PKR as I am impressed with the party’s struggle in fighting for justice for the people who have been oppressed by the BN cronies,” he told reporters this here yesterday.

Raymond said the BN struggle now is different from the past where the coalition was concerned about the welfare of the people.

“The present BN leaders are not wholeheartedly looking after the welfare of the people in the interior especially in P182 Pensiangan area,” he claimed.

He further alleged that the BN cronies were only busy pursuing their own personal interests.

“This conflict of interests has resulted in disputes between the BN leaders and their cronies so much so that the poor people have been marginalized,” Raymond claimed. (theborneopost)
Posted by sabahkini.net at 11:21