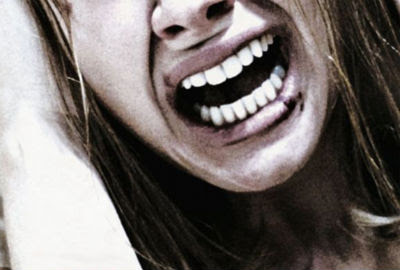 A TEENAGE German woman has been rescued from a Bosnian couple who are accused of starving and beating her for years and of harnessing her to a horse cart and making her pull it.

The 19-year-old, kept in a hamlet near the northeastern town of Kalesija since 2004, had been taken to safety and the couple had been detained for investigation, regional prosecutors said on Sunday.

Damir Arnautovic, a spokesman for the prosecution in Tuzla, told Reuters Television the woman had been in a bad physical and psychological state and had no papers. She was not named.

He said Milenko Marinkovic, 52, and his wife Slavojka, 45, had been detained on suspicion of treating the woman in an inhuman way, "forbidding her any contacts with people, forbidding her to attend school."

The woman's German mother had once been married to Marinkovic, although the woman had a different father. Her mother still lives in the hamlet and told reporters there to go away.

Arnautovic said the mother had been interrogated by the police as a witness and her role was being investigated.

The neighbour who had tipped off police said the woman had been forced into hard labour and was covered in bruises and scars.

Cazim Makalic once witnessed Marinkovic harness the girl to a horse cart and forced her to pull it with him and his friend sitting in it while he whipped her, he said.

"I could not watch them beat and starve her any more," he said. (Reuters)
Posted by sabahkini.net at 11:40