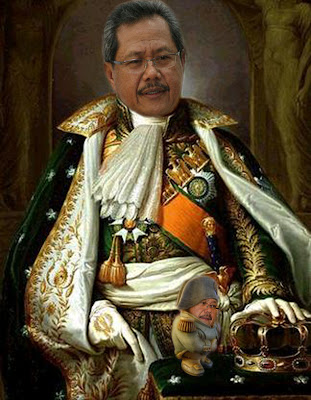 SIPITANG: Approval or rejections of land applications are based on how connected ones are with the officers in charged or is it?

“I think if the procedures are adhered to strictly would surely less complaints and suspicions from public. We can see a few individuals get too much land while a great many do not even owned an inch,” he said.

One common reasoning if not standard answer that received by the land applicants, where they failed is, that the land they applied for has been overlapped with another applicants. In a case, which is genuine, that should be a problem but sometimes this is where bribery at works.

Even at the district level little napoleons behave worse than their bosses at the headquarters Hj Amdee Sidik said, who is also Chairman for SAPP Constituency Liaison Committee for Sindumin, N28.

“In Sipitang District alone we already experienced land scandal, for example, via forgeries of signatures, land were sold via dubious power of attorneys, native lands were sold to non-natives, and not forgetting there are people ever ready to exploit the situation”, he said

A few years ago the building of Sipitang District Office was burnt down mysteriously, this was still a highly suspected incident, some say burning down the building was a way of destroying the existing records.

Present at the gathering were Sarudin Maidin SAPP CLC Sindumin Treasurer, and some CLC committee members