DO NOT FORGET RIGHTS OF SABAH 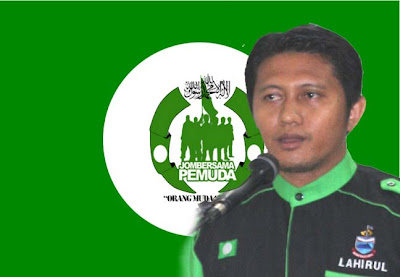 KOTA KINABALU: Leaders and people in Sabah should not be to engrossed about the status of the 20 Points document less they forget about the more fundamental issues in ensuring the rights of the State as a nation member of Malaysia, said Sabah PAS Youth.

Its Chief, Lahirul Latigu, said while no one can deny that the spirit under which the 20 Points was agreed as Sabah’s safeguards is still valid, the 20 Points itself is not an official document and therefore has not legal basis.

“While we fight each other about the validity of the 20 Points, we must not forget about the 1963 Malaysian Agreement, which clearly spells out the rights given to Sabah. These rights is what we should look into and focus our attention on,” he said.

Speaking to the media at PAS office in Kingfisher yesterday, Lahirul said PAS Youth wing would continue to attract attention to the Malaysian Agreement by educating the public on the content and importance of the document.

He said the youth wing had in fact started a two-phase programme two months ago to educate PAS members on the content of agreement.

“We are doing this in two phases, covering our members and the public. Coincidently, the 20 Points is now hotly debated hence making this programme even more relevant. So, we will continue the programme and educate Sabahans about their rights.

“We will also use this to gather public opinion and views in regards to the Malaysian Agreement and its implementation,” he said. (theborneopost)
Posted by sabahkini.net at 13:36