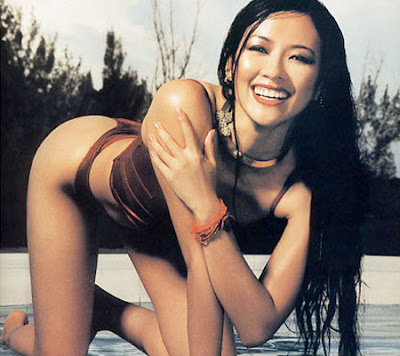 STRIKES BACK.....Zhang Ziyi strikes back at the allegations.

ZHANG ZIYI has had enough and decides not to take the false allegations lying down this time. Despite her international fame and success, the 33-year-old actress remains a figure of controversy in China, as recent years saw her being embroiled in one after another scandal and controversy.

The latest one claimed that the Crouching Tiger, Hidden Dragon star is paid to have sex with disgraced former top government official, Bo Xilai, his associate Xu Ming, as well as other high-level officials, over the past decade.

Apple Daily and other media reported that the actress was currently under investigations for these transactions and speculated that it's the reason why she was a no-show at the recently concluded Cannes film festival, despite her new film Dangerous Liaisons being screened there.

"Deeply saddened and disappointed" by the reports, Zhang and her management chose not to sit back and ignore the matter, issuing a statement quashing the reports while demanding Apple Daily to apologise by end of today.

"Due to the sensitive nature of the subject matter" - said the statement without naming Bo and Xu - Zhang and her management have been told by "their good-natured friends" that this would be a hard battle. 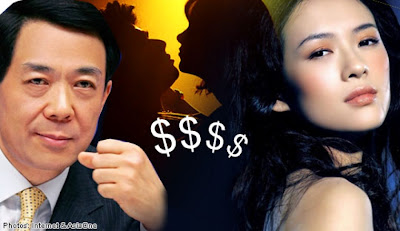 The statement says: "The media in China face inconvenience in reporting, while those who can help clarify the matter are not in a position to do so. We're told that the more you try to explain, the more pleased those who make up the stories would be. They advised us to take a step back and let time prove everything.

"There're friends who advised us to just release a short statement and not to take this seriously, as this is not the first time that Zhang Ziyi's name has been smeared.

"However, this time we decide not to remain silent. If we ignore this, the claims will be assumed to be the truth.

"This time, we want to respond; we want to prove ourselves; we want to seek justice; we will grab the culprits from the dark corner they are hiding and leave no stone unturned in the process." (The Liberty Times)
Posted by sabahkini.net at 08:31