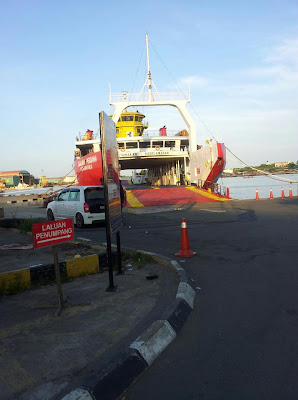 DAP Dabah was shocked that monopolistic Labuan Ferry corporation has once AGAIN increased the transportation charges indiscriminately without notice nor approval from the relevant authorities for 2months now, there is yet to be any actions taken to stop such obvious wrongs!

This is not the first time Labuan Ferry Corporation has increased the prices irresponsibly. It happened before barely a year ago which has caused a big fiasco among the lorry truck business owners and there was even a protest held. The prices of transport for 9-tons truck have increased as much as 400 per cent.

Not only it has caused inconveniences such as cash flows problems to the transportation business, most importantly it has caused hardship to the people of Labuan. Living costs in Labuan has escalated drastically, for instance, each cooking gas has increased by RM4.00 instantly. Not to mention other essential items affected.

Tan Sri Pairin had then intervened and announced publicly in several local newspapers that the transportation fees must be charged according to the pricing set by the Ministry.

The ferry corporation had no choice but to follow strictly on the order. There was no action taken against this company then.

"A year later on late March 2012, this company has done it again! Truck and lorry owners have seek the assistances of all relevant authorities but were only told to wait. It has been 2 months now and they are still waiting for answers!" Junz said.

Junz blasted the relevant authorities: "this is ridiculous! How can the relevant government bodies turn a blind eye to the obvious problem which has burden the people of Labuan?"

Junz Wong who is also the DAPSY KK assistant Youth Chief wanted Tan Sri Pairin and his ministry and all other relevant authorities to come clean with this issue.

"Why is this ferry corporation so daring and acted above the laws and yet the government allowed that to continue to happen?" Junz asked.

The lorry owners and people of Labuan have had a meeting with DAP Sabah and we will not hesitate to bring this company as well as the relevant authorities to court. Justice must be served. Junz concluded.
Posted by sabahkini.net at 14:47