HE FINDS OUT HE'S REALLY A SHE 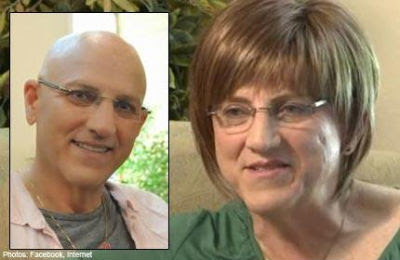 A MAN who went to hospital with a kidney stone received the shock of his life when told he was actually a female. Steve Crecelius, a photographer from Denver, Colorado, whose clients include Hollywood star Harrison Ford, was born with both male and female traits and had long repressed his feminine side.

Now, 40 years later, the nurse gave the explanation for his feelings, revealing that he was intersex.

"The condition used to be called hermaphroditism, meaning that person can't be identified as male or female," Crecelius told ABC News.

According to the Intersex Society of North America, more than 1,500 children a year are born intersex.

Recounting that day in the hospital, Crecelius told Fox31: "I had a kidney stone and we're in the emergency room. The nurse is reading the ultrasound and says, 'Huh, this says you're a female'. It validated everything I had always felt inside."

Crecelius, who has been married for 25 years and has six kids, is now known as "Stevie". 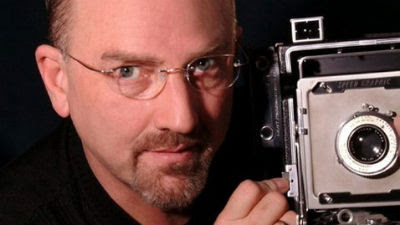 When they arrived home, his wife Debbie forced him to talk about it - a conversation that he had avoided for fear that he would lose his family.

But rather than walking away, she was supportive, choosing to deal with the news by taking Crecelius shopping for her first bra, The Denver Post reported.

Debbie admitted it has not been easy and feared that she would never get her husband back. But she stood by Crecelius , saying: "You will be who you are."

She said she faced the situation by being open about their concerns as they tried to adjust through the changes.

The couple still share a room and a bed together.

Crecelius said: "She still relates to my heart and soul, and I still relate to hers, and I think that that's the essence of true love."
Posted by sabahkini.net at 12:26