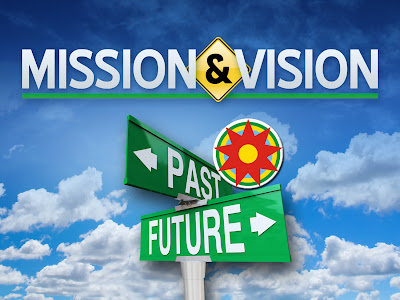 THE State Reform Party (Star) has denied allegations by the Deputy Speaker of the Dewan Rakyat, Ronald Kiandee, that the party “has no vision and mission, lacks ideas and is struggling to the extent of harping on the same old ideas”.

Star, in a press statement, clarified that it’s a party of the young generation with a clear vision, mission, objectives, and goals and “this is reflected in its calendar of activities” or the Vimoga concept.

“The young leaders of Star want to address important issues in Sabah and Sarawak which the previous generations were unable to resolve,” said Star Deputy Chairman, Awang Ahmad Sah.

“We need to get our politics and relationships right before talking big about other things. The older generation in Star is helping to lay the foundation for the young to continue the struggle.”

Ahmad, continuing, also denied Ronald’s statement on Fri in the local media that “Star was harping on parochialism and anti-Federal sentiments” in Sabah and Sarawak.

The Star Deputy Chairman pointed out that Malaysia was a two-tier Federation i.e. one at a lower level among the states in Malaya or Peninsular Malaysia and another, higher, a Federation of Malaya, Sabah and Sarawak as equal partners.

“Putrajaya has been in breach as far as the Malaysian Federation is concerned. Malaya is not sharing the Federal Malaysian Government equally with Sabah and Sarawak,” said Ahmad. “It’s not being anti-Federal if we point this out. In fact, it’s Putrajaya which is anti-Federal and is pushing incessantly for a unitary state.”

Malaysia has been getting away from the concept of being a Federation in every sense of the term, reiterated Ahmad, and moving in the direction of a unitary state with all power concentrated in Putrajaya in general and the office of the Prime Minister and the Prime Minister’s Department in particular.

He alleged “this (erosion of the Federal concept) was the reason why Singapore, when it protested, was expelled from the Federation in 1965 and why Brunei stayed out at the last minute in 1963”.

“When the BN claims that development is not possible anywhere in the country unless the Federal and state governments are on good terms, what it means is that the same political party (read BN) must wield power at the centre and at the state level,” said Ahmad. “This is against the concept of a Federation where power is shared at three levels i.e. Federal, state and local levels.”

It’s undemocratic and anti-Federal, said Ahmad, for anyone to insist that the same political party must wield the reins of power at the Federal, state and local levels.

Sabah and Sarawak, alleged Ahmad, have very little power in Malaysia “and this is not something we bargained for in 1963”. To add insult to injury, he added, “the Chief Minister of Sabah is appointed by Putrajaya and not the people, the state assembly and the Governor as stated in the Constitution”.

He wants the Chief Minister of Sabah to be selected and appointed by the Governor in accordance with the state Constitution and taking into consideration the will of the people as expressed during the state election and the consensus in the state assembly on the issue.

He wants Malaysia to be brought back to its original roots as a two-tier Federation, the concept of being a Federation restored including cutting down the Prime Minister’s position, post and Department to size, Sabah and Sarawak regain their autonomy, and the system of checks-and-balances restored through the Doctrine of Separation of Powers.

“At present, the Judiciary has been reduced to yet another Government Department under the thumb of the Executive,” said Ahmad. “Parliament was a rubber stamp until the ruling Barisan Nasional (BN) lost its coveted two-thirds majority in 2008 at the 12th General Election.”

If the BN regains its two-thirds majority, warned Ahmad, Parliament will go back to being a rubber stamp and the independence of the Judiciary will never be restored.

On autonomy, Ahmad belaboured that Sabah and Sarawak unlike the states in Peninsular Malaysia, agreed to surrender only defence, foreign affairs and national economic planning to Putrajaya subject to the Federal Government being shared equally by its three constituent territories/countries viz. Malaya, Sabah and Sarawak.

The bottomline, Ahmad fumed, is that Putrajaya has been in non-compliance on four constitutional documents and/or constitutional conventions – the 1963 Malaysia Agreement (MA63), the 20/18 Points (20/18 P), the Inter Governmental Committee Report (IGCR) and the Cobbold Commission Report (CCR)

The thrust of the Star line is that Malaysia has been in a simmering constitutional crisis since 1963 and it must be resolved one way or either and with good reasons too.

The four documents, Star holds, are important constitutional documents and/or conventions without which the Malaysian Constitution would be inoperable and, by extension, render Sabah and Sarawak’s partnership in the Federation as void and/or voidable.

Ahmad noted that BN’s standard answer, from time-to-time and rarely, has been that the four documents are political documents (meaning hot air) - i.e. not carrying the force of ‘law’ - and, in any case, their contents “have either been incorporated in the Constitution, been done away with, dropped or overtaken by events”.

“The standard answer is a figment of the imagination waxing lyrical on ventilation of ignorance,” said Ahmad. “The Constitution is more about politics than law and must be read together with constitutional documents and conventions which clothe its dry body to make it work out in practice. The Federal Government, even if it can be argued is not acting unlawfully on the surface, is nevertheless acting unconstitutionally, and its not lawful to be acting in this (unconstitutional) manner.”

Asked to elaborate a little on the party’s Vimoga concept – vision, mission, objectives, goals and activities – Ahmad said that “the vision of Star was to restore Malaysia as a Federation of Equal Partners as reflected in Article 1 of the 1963 Malaysia Agreement”.

In line with the vision, Ahmad vowed that his party would “reverse the ongoing internal colonization policies of Putrajaya in Sabah and Sarawak and towards this effort the party would be guided by Article VIII of the Malaysia Agreement”.

Ahmad also explained the objectives, goals and activities of his party as follows:

Objective: To build a 3rd Force in Parliament by forging a Borneo-based national political alliance across the political divide to rival the Peninsular Malaysia-based Barisan Nasional and Pakatan Rakyat;

Goals: the Star initiated, formed and led United Borneo Alliance (UBA) to go for broke in every parliamentary and state seat in Sabah and Sarawak; and Star to contest – in the 14th GE, if not the 13th — the 67 3rd Force parliamentary seats in Peninsular Malaysia identified by Hindraf Makkal Sakthi and the other 3rd Force allies across the South China Sea viz. Orang Asli, Christians, other minorities and fence-sitters;

Activities: Star to acquire all other political party branches in Sabah and Sarawak in seats which they don’t represent; to engage in public debates; and to step up the Borneo Tea Parties for campaign purposes, ensure a 100 per cent voter turnout to defeat the illegal immigrants on the electoral rolls and to fill the war chest with public contributions as one measure of support.

Again, under Star’s 60/26 approach in Sabah, the focus would be on eight main points, according to Ahmad:

(1) the 13th GE as a Referendum on the parti parti Malaya stealing seats which belong to Sabah/S’wak and thereby further compromising their autonomy;

(2) Restoring the balance of power in Parliament with Peninsular Malaysia having at the most one seat less than two-thirds;

(4) Restoring the autonomy of the two states;

(5) The question of Star being greedy for seats or otherwise “does not arise since one cannot be accused of being greedy in one’s own household;

(6) The locals in the parti parti Malaya in Sabah/S’wak are “traitors who are willing to be their proxies, stooges and slaves”;

(7) If the parti parti Malaya want to be in Sabah/S’wak, they must incorporate locally and give full autonomy to the locals and change their names; and finally;

The full cycle comes back again to the 3rd Force in Parliament.

In a parting shot, Ahmad urged Ronald to stop being “a proxy and stooge for the vested interests in Peninsular Malaysia”.

“The vested interests are always on the lookout for locals who are willing to be traitors to the people,” alleged Ahmad. “Without traitors, there’s no way that the vested interests in Peninsular Malaysia can continue their internal colonization policies in Sabah and Sarawak.”

Asked for specifics on internal colonization, he declared that “there are many and the evidence is all around us”.

Briefly, he claimed that the invalid Petroleum Development Act and the oil agreement were examples of internal colonization, “the theft of 95 per cent of our oil and gas resources in the inner waters and 100 per cent from the outer waters”, Putrajaya taking almost all revenue in Sabah and Sarawak and giving back only a pittance, and the two states being the poorest in Malaysia as identified by the World Bank in Kota Kinabalu in Dec 2010.

For a fuller explanation on internal colonization as defined by international law, he suggested that those interested should Google the United Nations website and read the case studies presented by South Sudan, Eastern Libya, Kosovo, Timor Leste, Acheh, Irian Jaya and the southern Philippines, among others, and on the concept of self-determination. (Dusun Bukit)
Posted by sabahkini.net at 10:50