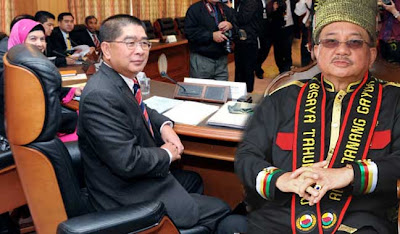 The subjects are the 20 Points, The papers submitted – Inter-governmental committee, the Cobbold Commission report and the Malaysia Agreement.

Yahya said the debate is at any time and at any place.

“I am making this challenge in order to have views from both sides to enable Sabahans to know the truth,” he said in a statement yesterday.

Yahya said it was sad to read from time to time that the issue of 20 points and other pre-Malaysia documents were being brought up again and again, claiming that they are still valid forever.

“These documents neither valid from the beginning. These were guides for the formation of the Federation of Malaysia,” he said.

“Datuk Seri Panglima Dr Maximus Ongkili himself claimed that most of the points raised in the documents were incorporated into the Malaysian Constitution or made into law to make them legally effective.

“Therefore, the claims that these documents are enforceable and valid themselves are just a political gimmick. These were various findings or ideas. All these papers are now historical documents,” he said in a statement yesterday.

“It is mentioned the spirit of this and that. Surely the modern civilisation does not be guided by the ‘spirit’. The spirit had disappeared from the civilisation long time ago. When the world was guided and ruled by ‘spirit’, at that time there were no negotiated contracts, no double pricing, no leaders living beyond their means. There is a big difference between the rule by ‘spirit’ and the rule by civilisation,” he said.

Yahya added the point of 20 points had been over the last ten years mentioned by various leaders claiming this and that.

“Actually if one look carefully at the 20 points there is nothing there except the point that Sabah cannot get out of Malaysia. Admittedly the implementation of the provision of the Constitution, laws and policies allegedly is not very fair to Sabah. This is also true when nearly RM1 billion will be spent in Semporna alone. These two projects – the Bum Bum Bridge and the dual carriages are not priorities for Sabah. There are many projects which are command priorities,” he said.

Yayasan Islam appeals to those leaders to make a fair and just statement so that Sabahans will not be taken for granted. With wrong information once will get wrong perception. (theborneopost)
Posted by sabahkini.net at 13:52