BOWLER DID NOT USE FORCE DURING RAPE? 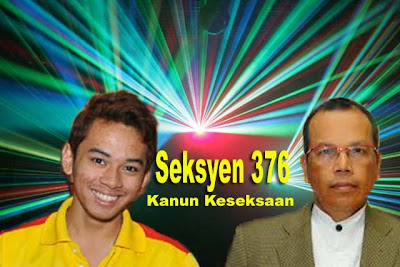 KUALA LUMPUR : A lengthy jail sentence would have been imposed on national bowler Noor Afizal Azizan for the statutory rape of a 13-year-old girl when he was 19 if he had been older or had used force, coercion or violence, the Court of Appeal said today in a written judgment explaining why it had controversially substituted imprisonment with a good behaviour bond for five years.

The court said, however, that its decision should not be considered a precedent for all future cases involving statutory rape and should be judged on its own merits.

Court of Appeal president Tan Sri Raus Sharif (picture) said in the judgment released today that Noor Afizal, who is now 21, was a “young boy who was extremely remorseful for what he had done and had thrown himself to the mercy of the court by pleading guilty to the charge.”

Raus, who sat with Justices K.N. Segara and Azhar Ma’ah, wrote the grounds of judgment.

Noor Afizal was let off with a RM25,000 bond instead of being jailed after he pleaded guilty to statutory rape, sparking a firestorm online over the court’s message on sex with minors even as it raised questions about the Penal Code and other criminal laws.

Incensed Malaysians have taken to Twitter and Facebook to vent their outrage against the judiciary after the Court of Appeal reversed earlier this month a High Court decision to jail the bowling ace for five years — suggesting that fame and a bright future are enough to ensure a convicted offender gets a ticket away from jail.

But the Court of Appeal pointed out today that its decision to let the bowler off with a bond did not have blanket application, or applied to all cases involving young offenders committing a similar offence.

“If the appellant (Noor Afizal) had been older or if he had used force, coercion or violence on the victim, or if he had tricked the victim... or he had not co-operated with the police and he had not shown any remorse to his act or there is no guarantee that he will not be committing the same offence in future, we would not have any hesitation, as we have done in many other cases of similar nature, to impose a lengthy custodial sentence,” said Raus.

In the Malacca Sessions Court, the judge had imposed a RM25,000 bond with good behaviour for five years on Noor Afizal after he pleaded guilty to raping the girl at a hotel in Ayer Keroh, Malacca on July 5, 2010.

However, the public prosecutor had appealed to the High Court on September 20 last year and obtained a five-year custodial sentence, the mandatory minimum for rape under the Penal Code.

According to the facts of the case which was laid down in the written judgment of the Court of Appeal today, Noor Afizal had checked into a hotel in Malacca on July 5, 2010 together with the girl who was then 13 years and four months old.

The two had what was described as consensual sex. The next morning Noor Afizal sent the girl home.

The girl did not complain to anyone and the incident only came to light when her father read about what she had done in her diary.

Raus pointed out today that Noor Afizal’s bond was in fact a suspended jail sentence and that he would always have a criminal record as a rapist.