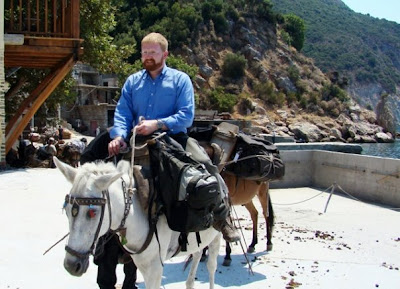 KUALA LUMPUR : British newspaper The Guardian has terminated the services of conservative American columnist Joshua Trevino as its United States correspondent over his alleged relationship with a company implicated in a news-fixing campaign financed by the Malaysian government and for running a website that attacked Datuk Seri Anwar Ibrahim and other opposition interests here.

In a short statement issued over the weekend, the newspaper said it had recent learned that Trevino “was a consultant for an agency that had Malaysian business interests and that he ran a website called Malaysia Matters. In keeping with the Guardian’s editorial code this should have been disclosed.”

Trevino had recently been hired by The Guardian to be its conservative columnist in the United States. His appointment drew a firestorm of protests from liberal activists after it emerged he had urged Israel to shoot at the humanitarian flotilla in 2011 that was seeking to break its naval blockade of Gaza.

When boats carrying unarmed civilian activists attempted in June 2011 to break the blockade of Gaza, Treviño tweeted out a message to the Israeli army: “Dear IDF: If you end up shooting any Americans on the new Gaza flotilla — well, most Americans are cool with that. Including me.”

The Guardian made no mention of the criticisms, but instead pointed to Trevino’s previous ties with an “agency” it did not name but is alleged to be FBC Media, the now-defunct company at the centre of the Malaysia news-fixing scandal involving broadcasters BBC and CNBC last year.

“Under our guidelines, the relationship between Joshua and the agency should have been disclosed before the piece was published in order to give full clarity to our readers,” said Janine Gibson, editor-in-chief, Guardian US.

In response Trevino said: “I vigorously affirm that nothing unethical was done and I have been open with the Guardian in this matter. Nevertheless, the Guardian’s guidelines are necessarily broad, and I agree that they must be respected as such.”

Trevino is a well-known conservative commentator and a former speechwriter in the President George W. Bush administration.

He has reported extensively in the past few years on Anwar’s Sodomy II trial on his Malaysia Matters website, which is now defunct.

Trevino had also frequently criticised Anwar in his other columns in other publications such as the Huffington Post.

FBC Media, the company alleged to have been referred to by The Guardian, made eight programmes for the BBC about Malaysia while failing to declare it was paid £17 million (RM85 million) by the Malaysian government for “global strategic communications” which included positive coverage of Malaysia’s controversial palm oil industry.

The BBC also used FBC to make a documentary about the spring uprising in Egypt without knowing the firm was paid to do PR work for the regime of former dictator Hosni Mubarak.

The BBC was forced to make a public apology over the matter.

FBC had also been exposed to have doubled up as a publicity firm for the Najib government and was paid millions of pounds to conduct a “Global Strategic Communications Campaign”.

But Putrajaya last year ended its RM94 million contract with FBC, which started in 2007, after it was revealed Malaysian government leaders regularly appeared in paid-for-TV programmes.

The Malaysian Insider has reported of Prime Minister Datuk Seri Najib Razak contracting a series of public relations strategists, including APCO Worldwide, to polish his personal image and his government’s locally and worldwide.

Late last year the government said image consultants FBC Media helped raise the standing of Malaysia as a tourism and investment destination during the RM94 million three-year deal that began in 2007.

Minister in the Prime Minister’s Department Datuk Seri Nazri Aziz told Parliament that the London-based media company, which is facing bankruptcy, “supported the efforts of government leaders and ministers” to burnish the country’s image overseas.
Posted by sabahkini.net at 12:15