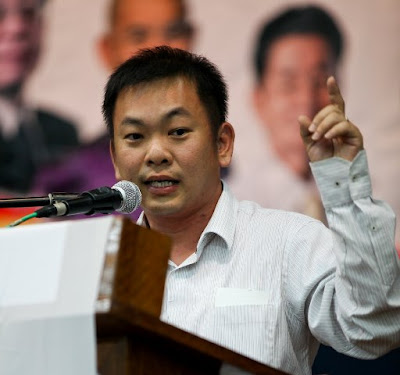 “Malaysia was formed on 16th September 1963. That is the date to bring all territories namely Sabah, Sarawak and Malaya come to a common idendity as Malaysian.”

Pakatan Rakyat regconize the importance of 31st August. However, 16th September should be more meaningful for all Malaysians. UMNO/BN distorted the historical fact by celebrating 31st August as national day, in order to project themselves alone as founding fathers for the country. It is not the “Malaya”, but UMNO/BN to alienate Sabahans and Sarawakians by continuiong to impose the distorted history on us.

Pakatan Rakyat will organize mass gathering to celebrate Malaysia Day on 14th September in Sarawak and 15th in Sabah respectively. As our slogan for the celebration for Independence Day and Malaysia Day, “Sebangsa, Senegara, Sejiwa”, common identity as Malaysian should be promoted rather than emphasizing regional identity.

Distorted historical fact should be corrected. DAP Sabah committed to reinstall Malaysia Day as the true National Day, and regconize the significance of different Independence Day for the three territories.
Posted by sabahkini.net at 09:43