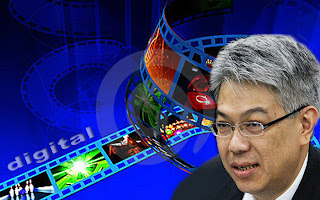 IT STARTED four years ago in Sabah with 32 entries from 59 primary and secondary schools. But interest in the educational digital film making has grown tremendously. There were 100 entries from 61 secondary and 22 primary schools last year, a three-fold increase. And the contest has gone rural and national. Prizes including cash have more than doubled from 30,000 ringgit ($9,600) worth in 2009 to 67,000 ringgit this year.

Workshops are held in villages in Beluran, Kinabatangan, Kudat, Kunak, Lahad Datu, Sipitang and Tuaran to teach school children to tell a story that touches on morality in a digital movie of between four and eight minutes, according to Bruno Vun, Permanent Secretary of the Ministry of Resource Development and Information Technology.

Contest entries have been called today. The last day for submission of films in compact discs is October 22. The CDs must be sent to Urus Setia FFDPNS 4, Bahagian Teknologi Pendidikan Negeri Sabah, Lorong Sahabat, Off Jalan Penampang Lama, 89500, Penampang, Sabah.

The contest, which requires three pupils and a teacher in a team to produce a movie, will culminate in a festival on November 9 at the Shangri-La’s Tanjung Aru Resort in conjunction with the state’s month-long ICT celebration.

Vun expects more entries this time since the number of participants has risen every year.

The contest is divided into two categories: “closed”, for Sabah schools and “open”, for schools from other states. There were 10 entries from Labuan, Perak, Perlis and Terengganu in last year’s open category.

Winners in the close category will receive 1,000 ringgit while those in the open category get 2,000 ringgit. There are other prizes such as desktop computers. – Insight Sabah