'POLITICAL FROGS' SHOULD BE DIFFERENTIATED 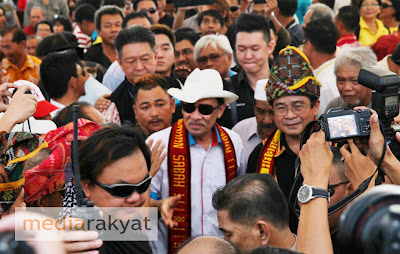 THE QUESTION of anti-hopping or the introduction of the so-called anti-hop law to prevent elected members of either state assembly or parliament must be carefully looked into what the true essence of the proposed anti-hop law is all about.

Along these lines, I wish to stress here that it is against conventional democratic principles to compel a leader to continue to be a member of a political party, let alone lead it, if the political directions and ideologies as well as the struggles of the party that he belongs to can no longer carry on with the original objective that the party was initially set up for.

Furthermore, should an elected leader leave a party on which he was elected in the first place, his decision to leave the party should be sanctioned by the electorate who elected him and not the party or the establishment.

In subsequent to this, I have no problem accepting any anti-hop law on condition that  the said leader who is subjected to such law and is required or asked to resign his post tht he must be to re-contest in a by-election to be held and to determine if his decision to switch political allegiance is accepted by the majority of the electorate that initially elected him.

As such, any law prohibiting a person to re-contest a seat that he had relinquished under such circumstances should be reviewed or scrapped.