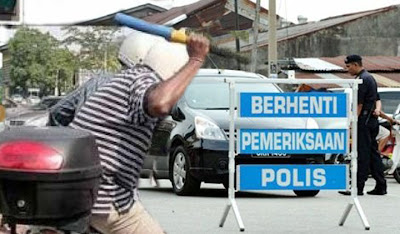 KUALA LUMPUR : The government’s efficiency unit PEMANDU must unzip its lips and declare that the country’s lowered crime statistics are accurate and have not been tinkered with as alleged last week by a former member of the police force, the DAP said today.

Federal opposition lawmaker Tony Pua urged the government agency and independent auditor PricewaterhouseCoopers Malaysia (PwC) to come clean on the accuracy of the information and data concerning the country’s domestic security and not paint a false picture of the national crime rate in the public’s interest.

“We would further like PEMANDU or, if they so wish, PwC to confirm if the latter has indeed verified the accuracy and validity of the crime statistics presented by the Royal Malaysian Police to ensure that they have not been manipulated to present artificial achievements.

“If no due diligence has been done by PEMANDU or PwC on these data, then PEMANDU is guilty of by publishing inaccurate and inflated the government’s crime fighting achievements as having been ‘audited’, ‘verified’, ‘authenticated’ and ‘confirmed’ by an international auditing firm,” the DAP national publicity secretary said in a statement.

He noted that PwC had been hired to audit the government’s information for the past two years.

“Hence, if the allegations are true... Malaysians cannot but conclude that the glamorous crime statistical achievements published by PEMANDU are nothing by a complete scam,” the Petaling Jaya Utara MP said.

On August 22, an anonymous letter, purportedly written by a policeman who penned his name as Sumun Osram, had alleged that crime cases were being methodically manipulated into “non-index” offences that were not registered as part of official statistics presented by PEMANDU.

In Malaysia, the police divide crime into two categories, index and non-index — the former defined as crime, which is reported with sufficient regularity and significance to be meaningful, indicates the crime situation while the latter is regarded as minor in nature.

Following the letter’s appearance, Pakatan Rakyat leaders had urged the federal government to rebut the allegation regarding the manipulation of crime data.

“The ‘Sumun Osram’ letter alleged that there is a systemic attempt to ‘lower the crime statistics by shifting index crime to non-index crime,” the opposition pact’s secretariat members had said in a statement signed by PKR’s Nurul Izzah Anwar, PAS’s Dr Hatta Ramli and the DAP’s Liew Chin Tong last week.

“The official crime statistics consist of only index crime,” they said, pointing out Sumun Osram’s allegation that the police would classify crime under the non-index category when police reports were made.

According to the letter, which was made available to The Malaysian Insider, “index crime is defined as crime which is reported with sufficient regularity and with sufficient significance to be meaningful as an index to the crime situation”.

“Non-index crime”, on the other hand, is considered as cases minor in nature and does not occur with such rampancy to warrant its inclusion into the crime statistics or as a benchmark to determine the crime situation.

Last month, PEMANDU defended itself from public criticism after a spate of crime incidents that seem to contradict with the image painted by its crime statistics.

The agency, along with the police and Home Ministry, had continued to stand by its claim that the country’s crime rate has dipped considerably since initiatives under the Government Transformation Programme (GTP) were put in place two years ago.

PEMANDU’s crime reduction NKRA (national key results areas) director Eugene Teh had in July released fresh statistics to show that index crime in Malaysia dropped by 10.1 per cent from January to May this year compared to the same period last year.

PEMANDU had earlier released figures to show that index crime had dropped by 11.1 per cent from 2010 to last year while street crime dipped 39.7 per cent in the same period.
Posted by sabahkini.net at 17:11